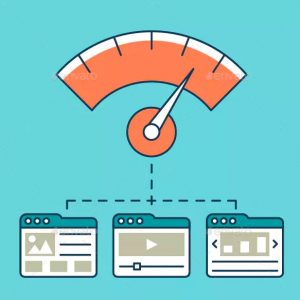 In 2015 the Ford Motor Company made the significant investment to purchase and integrate the full Adobe Marketing Cloud solution with the goal to deliver personalized and optimized content through its myriad of digital channels. Perficient was brought on board to work closely with Ford’s Head of Digital Brand Optimization in the planning, implementation, integration, testing and defect resolution of the Adobe Analytics solution via Dynamic Tag Management across all three tiers of customer engagement:

By the end of 2017 all tiers were successfully transitioned  and fully utilizing Dynamic Tag Management for Adobe Analytics, Adobe Audience Manager and Adobe Target. This was accomplished, in part, through operational efficiencies that were facilitated by Perficient consultants within the OEM’s multi-vendor infrastructure.

In 2018 the FordDirect development partner Mavice created a proof of concept (POC) enabling the Tier 1 Brandsites to transition from hardcoded metrics implementation to authorable tagging. This was done through an interface Mavice titled the Metrics Authoring User Interface. The Perficient team lovingly nicknamed the project MAUI and hit the ground running. After the initial knowledge transfer from the Mavice team, the Perficient consultants Jennifer Lill and Sheena Rigney were tasked by FordDirect to garner consensus across the Brandsites teams to implement and test the MAUI capabilities as a potential transition of Adobe Analytics tagging implementation from the development team to authoring workstreams.

Working closely with Global Team Blue (GTB), FordDirect and Ford Motor Company stakeholders, Jennifer and Sheena were able to coordinate the planning, implementation and testing of the MAUI POC to a successful launch in July of 2017. This required not only the integration of a multitude of workstreams but the close analysis and optimization of several parallel process flows involving multiple teams. This shift in workflow afforded the teams the opportunity to get pages live in production faster due to no longer requiring a dev cycle for Adobe Analytics integration.

While content authoring was the responsibility of the capable GTB teams, there was no one group assigned to the task of Adobe Analytics authoring in AEM, as this work had never been done before. Perficient was able to quote for and win this important project. Once the new authoring team was in place we began the work of “retrofitting” all 2,300 pages of the Ford North America Brandsite pages with the intent of eventually being able to strip the old hard coded metrics off the site and provide improved performance for the user by significantly decreasing page load times.

Through the diligence of the Perficient Adobe Analytics authoring and testing teams we were able to complete this ask by the end of 2018, with a push to the production environment in January of 2019. Recent readouts from the Ford Motor Company site performance tracking team, Dynatrace, show that this effort has resulted in a significant drop on page load times placing the Ford North America Brand Sites into the targeted load times set by the business. This was truly a team effort that Perficient was grateful to be a part of, working together creating continued success for our client FordDirect.