XR is a term that is generally used to refer to “extended reality”. This involves any combination of human-machine interaction where the reality you perceive is altered or constructed by a computer. In this blog, the term XR will mostly be referring to 360° videos, virtual reality, and augmented reality.

The Growth of XR in Business

The virtual and augmented reality market has grown from around $6.1 billion in 2016, to $27 billion this year, and is projected to grow to over $209 billion in 2022. The biggest hold-ups for the adoption rates of VR and AR are user experience (UX), cost, and content offering. These obstacles should only decrease as more technology becomes widely available, as I will explain later on.
One of the companies that is leading the charge in the virtual reality industry is NextVR. They specialize in producing live virtual reality events for the entertainment industry (music, sports, etc.), which provides the equivalent of front-row seats at your favorite entertainment events without all of the hassle that accompanies it.
Another company that is making strides in the augmented reality industry is Osterhout Design Group, which develops smart-glasses that meet military-grade specifications and are approved for industrial use. They have partnered with several companies that are now using their glasses with professionals such as doctors, industrial technicians, and engineers.

Visualization in Home Improvement
If you have ever gone through the struggle of home renovation, you know that visualizing what the final result will be is a huge challenge. Most of the time you have to get a small sample of flooring, or countertops, or even guess when you are trying to get your home properly furnished. It would be much easier if your smartphone could visualize it for you. Augmented reality has the ability to allow you to overlay objects and textures into the real world space, providing you with a way to gauge the appearance of your environment in a much simpler fashion.
A good example is the IKEA Place App, which allows you to place IKEA furnishings in your room digitally as shown below: 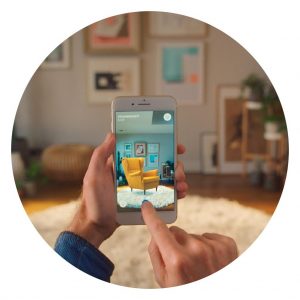 Simulators for Education
Training for a job is not always as simple as signing paperwork or watching an instructional video. Construction workers, electricians, surgeons, etc., take large risks to cost and/or well-being if they fail at their jobs. Training can be expensive or down-right impossible to effectively execute. If you are able to meaningfully simulate the experience without lives or expensive materials on the line, you can ensure a more “hands-on” training regimen within the virtual reality simulator. 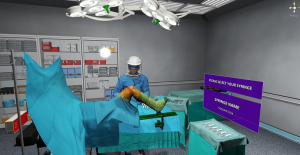 Virtual tours
Virtual tours have already been a staple in the real estate industry for years. These tours make it much easier for people to visualize the floorplans for a house, and studies show that the addition of virtual tours are considered a major decision-making tool in proceeding on a property purchase. 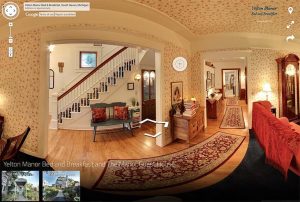 As I mentioned before, UX, cost, and content offerings are the major obstacles holding back adoption of virtual and augmented reality. User experience is constantly being improved upon, and as we are able to pack more power into smaller and smaller devices, head-mounted displays (HMD’s) will have more flexibility and more power to generate better images.
The second issue is the cost of getting XR-equipped devices in the consumers’ hands. Right now, high-immersion augmented reality glasses are limited to the price of about $2,000+ and immersive virtual reality is limited to about $350 after the cost of a computer that can support the hardware (~$800). XR-capable phones mitigate some of the cost-barrier, however, the technology is very limited and cannot support some of the higher requirements when it comes to large amounts of real-time data.
The XR content brands offer is often associated directly with the adoption rate and success of those experiences, and as long as the VR and AR industries show growth, more and more content will be generated.

The Oculus Quest is a VR system that is meant to bypass the cost threshold for virtual reality. It is a fully immersive VR system without the need for a computer and is priced at $399. This was recently announced and demoed at Oculus Connect in September, and it is expected to launch Q1 of 2019. I believe this will be a huge step towards mainstream consumer adoption as it cuts more than half of the entry-level cost to 6DoF (six degrees of freedom, referring to the ability to rotate and move on the X, Y, and Z axes) virtual reality experiences. 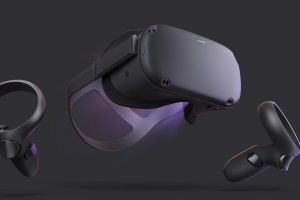 Foveated rendering is a technique for rendering graphics that takes your eye position in the HMD into account. This allows the computer to essentially bring objects that you are focusing on into focus, while reducing the amount of power it spends rendering high resolution on everything in the screen. You might notice that if you are staring at something, everything behind it, in front of it, or in your peripherals is all blurry. Foveated rendering doubles the improvement of user experience, making the scenes more closely resemble the way we see, and reducing the load on the system’s graphics. This is currently being extensively researched and shows promising results. 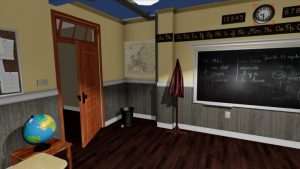 No foveated rendering (focus on clock) 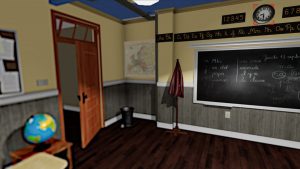 Virtual reality and augmented reality have been a part of science fiction for as long as I can remember, and it is finally a part of our reality. Some may consider it a nice technology, however there are several industry leaders who are using extended reality to great success. Right now there are several avenues to VR and AR development if you are interested in trying it out. Two of the more popular options for VR development are:

While some of the popular options for AR development for smartphones are: