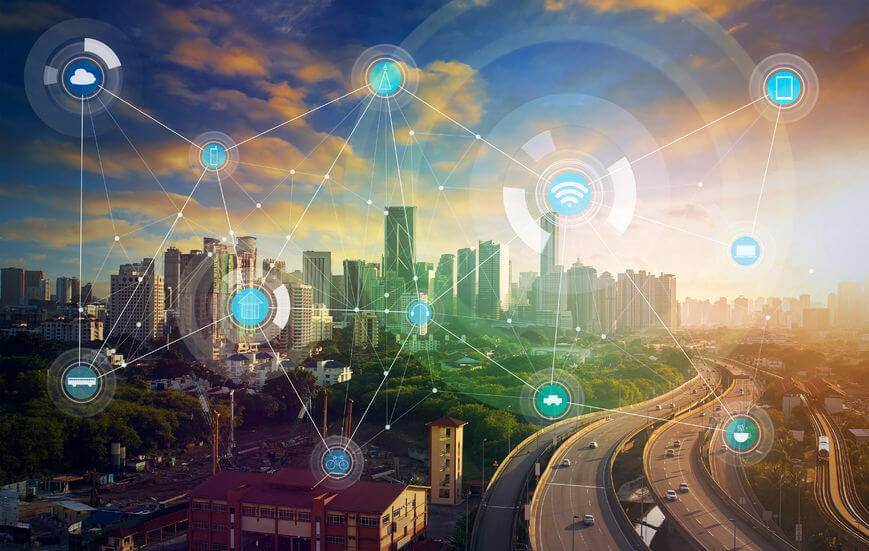 This article first appeared in Nearshore Americas, by Matt Kendall.

Key technology stakeholders in Colombia are driven by the huge potential of IoT, developing a growing ecosystem that is positioning the country at the vanguard of IoT development in the region.

At an estimated approximate value of US$170 billion in 2017, the global Internet of Things (IoT) market is nothing to sneeze at. This potential value is being acknowledged by IT companies in Colombia as they chase the IoT development crown in Latin America.

Colombia’s IoT market was worth US$168.3 million in 2016 and is predicted to grow to US$438 million by 2021, according to Gina Sanchez from Frost & Sullivan, who shared her insights at the Mobile World Congress in November. Taking her data into account, IoT services and IoT software reportedly made up 31.8% and 16.7% of this market, respectively, with hardware seizing almost 50% and connectivity, such as telecom providers, just 7%.

Providers, government players, and other stakeholders in the country are well aware of this potential and are part of a growing ecosystem that is positioning Colombia at the vanguard of IoT development in the region.

Sebastian Vélez: “Cloud vendors have helped a lot to accelerate the adoption and maturity of IoT-related services.”

“Colombia’s IoT ecosystem has grown a lot and is constantly changing, and cloud vendors have helped a lot to accelerate the adoption and maturity of IoT-related services,” said Sebastian Vélez, Head of Technology at PSL, which is providing IoT services for US and Canadian clients in the autonomous driving, automotive efficiency, and security sectors.

The work that Perficient Latin America is doing in Colombia involves gathering information from car sensors that leads to more efficient driving algorithms, insights, and analytics. The company is also working on IoT in school buses to improve routes, speed, and acceleration, as well as with and private security and police forces on video detection, face recognition and live security alerts in the United States.

“IoT is evolving fast, but the problem is that many clients don’t yet understand the full breadth of what is requires to implement a solution,” said Jose Alejandro Betancur, Chief Innovation Officer at Intergrupo. “Last year, a lot of clients came to try and copy other IoT models they had seen, but weren’t aware that’s it’s a full hybrid service of hardware, software, and other technologies, which companies need a range of capabilities to achieve.”

Echoing the sentiments of Jorge Aramburo, CEO and Founder of Perficient Latin America, who was vocal about the talent issues Colombia still faces, Vélez acknowledged the ongoing challenge of finding engineers in Colombia but said it was not too difficult to train existing staff upwards into development for IoT projects.

“IoT solutions are highly distributed systems where you have to be aware of performance, latencies, failure recovery, and many other aspects of complex distributed systems, such as an understanding of Cloud technology,” said Vélez. “We first look for strong foundations of skills within those topics, and then rely on training to teach the many specific technologies that we need to implement a solution.”

Intergrupo is another IT services provider that is seeing growth in demand for IoT. In order to get its talent ready, the company offers training boot camps every 2-3 months, also taking people out of other projects and into IoT innovation labs. Out of their 1,200 people, they now have 100 training in IoT and 20 in the innovation lab.

“The people that we choose need to be motivated to solve real problems, so they generally have deep knowledge on the basics of software development, but also bring ideas to the table to solve client issues,” said Betancur.

AZLogica, a Colombian developer of telematics, Internet of Things, and Machine to Machine solutions, approaches training across three levels.

“At the highest level are those who are already part of the IoT ecosystem, with experience in different industries, and are looking to grow as part of their own development,” said Edgar Salas, CEO of AZLogica. “At the second level are the tech geeks who have been working with us for a long time and want to grow their skills, so we engage with them with new salaries and move them into the R&D area to do so. The third are people who have been finalizing their studies at university and want to transition to the real world, so we can mold them from an early stage to be ready for IoT development – it’s vital that they are motivated to face new challenges that IoT is creating.”

Security, Reliability, and Other Risks

For clients in any sector, security is one of the main concerns of any IoT project, as the information that can be gathered is often highly sensitive or ripe for cyberattack.

For Edgar Salas, international ISO standards have been an appropriate response to the issue of security, making it one of the few companies in the country that boasts an ISO 27000 standard, as it relates to IoT.

Edgar Salas: “It’s vital that engineers and students are motivated to face new challenges that IoT is creating.”

“This is applied to data gathering and information deployment, so clients can feel safe about who gathers the data, when it is gathered, how it is transferred, and who is allowed access,” said Salas. “You have to be very careful about how to treat the information you are gathering because most IoT scenarios that we have seen deal with private information at some point.”

Intergrupo and Perficient Latin America are now introducing Blockchain technology to offset some of the security challenges of IoT. While it is still early days, the tech is being used to enhance transparency and retain infallible information on previous data transmissions. But that’s not all.

“With our innovation lab, we are working on devices that don’t transmit a signal when they are not being used, so they are not always connected, just sending information when something changes,” said Betancur, highlighting an innovative approach to IoT design that Colombia is producing.

Along with security, information reliability, computing time, and latency are all the main issues associated with IoT devices, but with certain techniques, it has been possible for some IoT providers in Colombia to address them.

“With any connected device, it often occurs that you don’t have the same reliability of networks and hardware that come with other services,” said Vélez. “Cloud has helped a lot with that, as well as Edge computing, which relies on the end device for computation, not a centralized service.”

Looking Ahead for Colombia IoT

In order to gain better control over their business, companies in education, health, finance, agriculture, retail, and transportation are expected to demand this type of solution the most, according to Andrés Sánchez, CEO of Identidad IoT. Even so, investment into IoT in Colombia is just 0.02%, as discovered in the company’s Innovation Index (QuISI). Compare this to China (26%) and the United States (27%), and this is very low. Even so, the country is confident in its future with the tech.

Established in 2016 for US$1.8 million, Colombia’s Center of Excellence and Appropriation in Internet of Things (CEA-IoT) is an alliance between universities, global technology companies, and local providers that seek to boost the country’s economic growth through IoT innovations.

The initiative is promoted by the Ministry of ICT, with support from the Administrative Department of Science, Technology and Innovation (Colciencias), and is part of a strategy to keep Colombia on its trajectory as a regional leader in ICT.

Within the next ten years, CEA-IoT intends to represent the Latin American benchmark for the development of products and services based on IoT technologies, as well as being the main advisory for the Colombian government and local and national entities on the topic.

Local telco Claro, owned by Mexico’s America Movil, is also aiming to deploy 4.5G technology in Colombia this year, in order to address both narrowband and more data-intensive IoT applications.

If CEA-IoT is successful in gaining the collaboration of local telecom providers and tech companies, the country should be able to retain its IoT crown in Latin America.

“I agree that Colombia is at the forefront of IoT in the region,” said Vélez. “There are a number of communities working on it, students get to join IoT projects at the early stages, and there are plenty of IoT startups in the country. We are far from done, but I would agree that Colombia is ahead of the curve in Latin America.”