Apple dropped a bomb on search engine marketing teams recently with the announcement of their Intelligent Tracking Prevention (ITP) for the iOS 11 update. Apple is changing how third-party cookies are now handled on mobile Safari, essentially disallowing third-party cookie targeting after just one day. This significantly (and negatively) affects the ability to target iOS Safari users in that now-restricted 2-30 day window, given that we’re accustomed to a full 30 days to target/retarget. 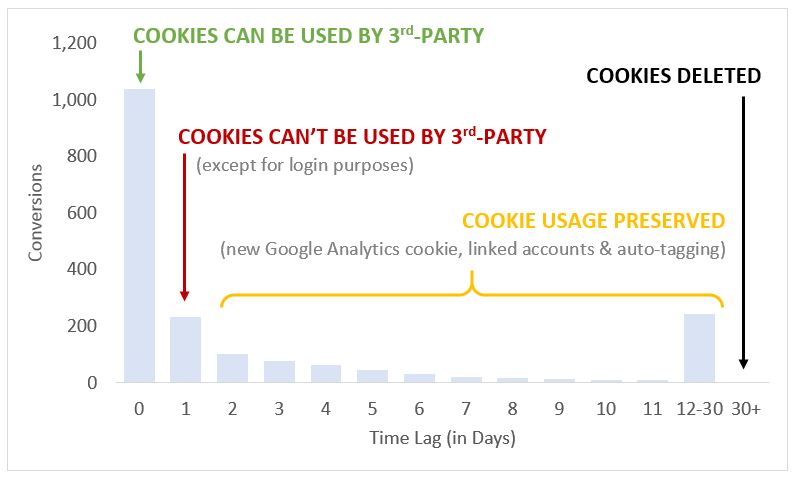 It’s no surprise the announcement was met with resistance and disappointment from advertisers. However, consumers view the change as a unique privacy feature and selling point for Apple phones, a much-needed counterbalance in the wake of growing privacy concerns over new features like face recognition (Face ID).
Google moved quickly to help remedy the situation by updating their Google Analytics cookie to keep Safari’s ad tracking capabilities working beyond one day – but only for Analytics/AdWords accounts that are linked with auto-tagging enabled. We recommend all mobile-heavy AdWords advertisers link their accounts to GA to make the most of these recent changes.
With mobile traffic growing and the popularity of iOS, this will likely bring significant changes to your ability to (re)target mobile users and track conversions. Digital marketing teams should run their numbers and be cognizant of how their data will change, and make necessary adjustments in goals, targeting and expectations.
While cross-device consumer behavior is unlikely to change because of this update (except perhaps seeing fewer remarketing ads), the data will change for iOS Safari 11 users– especially if you rely on a non-Google tracking pixel.

Hero image above used as part of creative commons via Flickr: Martin Hajek