Colleagues in our Minneapolis office have joined the nationwide movement to replace the usual four-wheel commute with two wheels. May 19 marked this year’s National Bike to Work Day, an effort to encourage a healthy and safe alternative to driving a vehicle.

Some of our colleagues biked from home on that day; others decided to rent a Nice Ride bike through a local ride-sharing initiative that offers 2,000 bicycles throughout the metro area.

During our lunch break, our team ventured out on a scenic 4-mile bicycle ride along the Mississippi River. The route started on a green oasis of the Cedar Lake Trail and then swerved through the historic Mill District before crossing the majestic Stone Arch Bridge overlooking the St. Anthony Falls. For the entire trip, we used a designated bike lane on the one-way streets that parallel the bustling Hennepin Avenue. 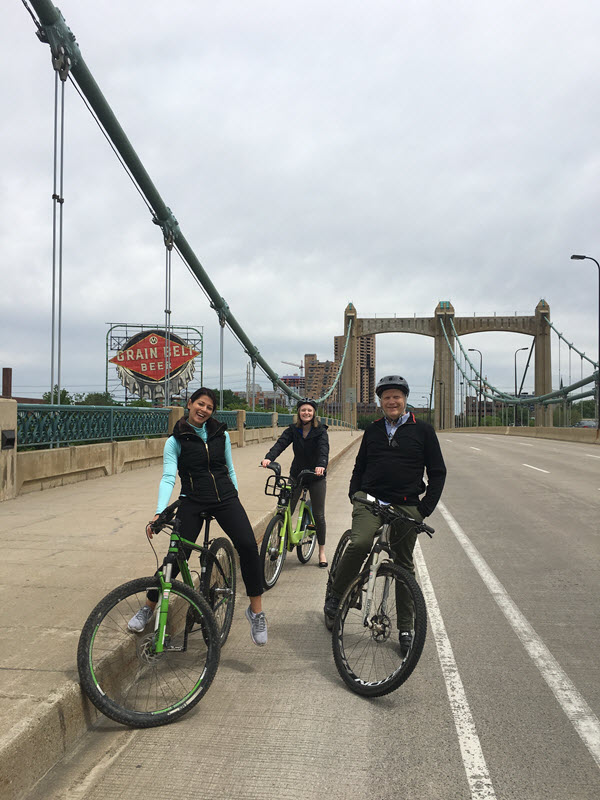 Minneapolis boasts a growing bike community, supported by many initiatives to make biking safer and more accessible to everyone. In the next five years, the Bikeways for Everyone campaign is projected to build 55 miles of protected bikeways.

Our office is located in the LEED-certified Butler Square building, and the amenities certainly make it more conducive to ride to work. Inside, a newly remodeled bicycle room provides secure storage for bikes, a shower, and a variety of bike maintenance tools. 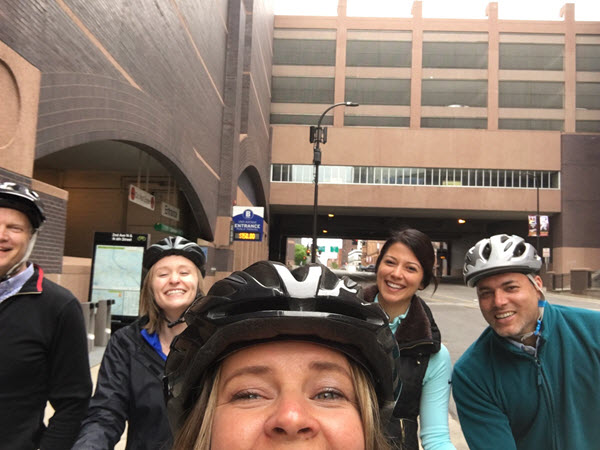 Before our National Bike to Work Day outing, some of our team members were already avid two-wheel commuters. Henry Sinkler, a director at Perficient Minneapolis, made a pledge two years ago to never drive to work again for environmental reasons. Even in the winter, at negative Minnesota temperatures, Henry can be spotted biking or walking to the office. 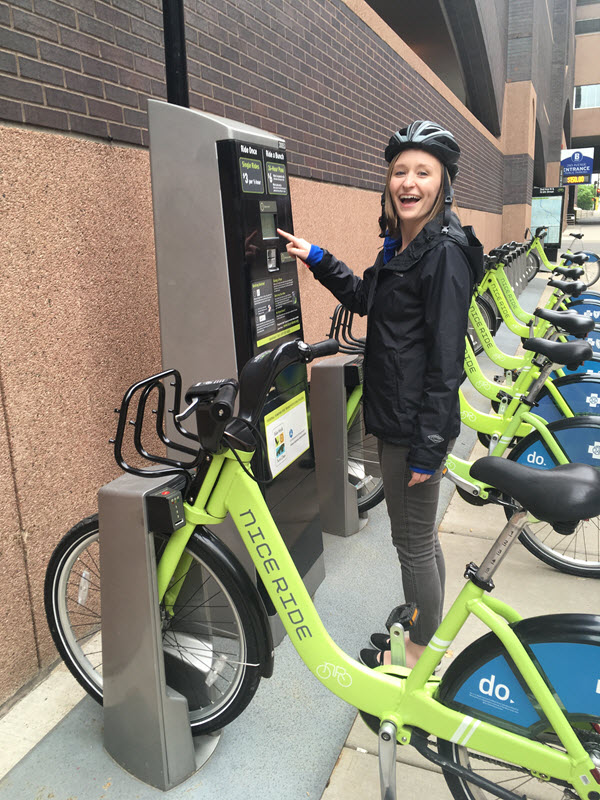 There are many things that motivate our team to ride to work, including reducing traffic congestion in the downtown area, less time sitting in traffic, and health benefits and weight loss. We’re looking forward to continued two-wheel commutes and getting together again for next year’s National Bike to Work Day. 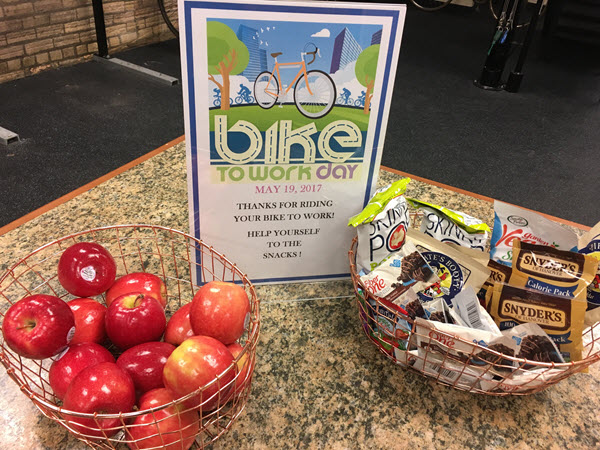