A Best Practice for Creating Dynamic Column Reports in BICS

If you ever had a requirement or thought of creating an analysis report in BICS to display report columns dynamically, but later had to give it up due to the complexity, you might find this blog post is what you’ve been waiting for.

I am going to show you how easily such a report can be created in three very simple steps. The report uses Column Selectors to achieve the goal. Here is how the target analysis report looks like after it’s done building. The example is built using the default SampleApp in BICS. 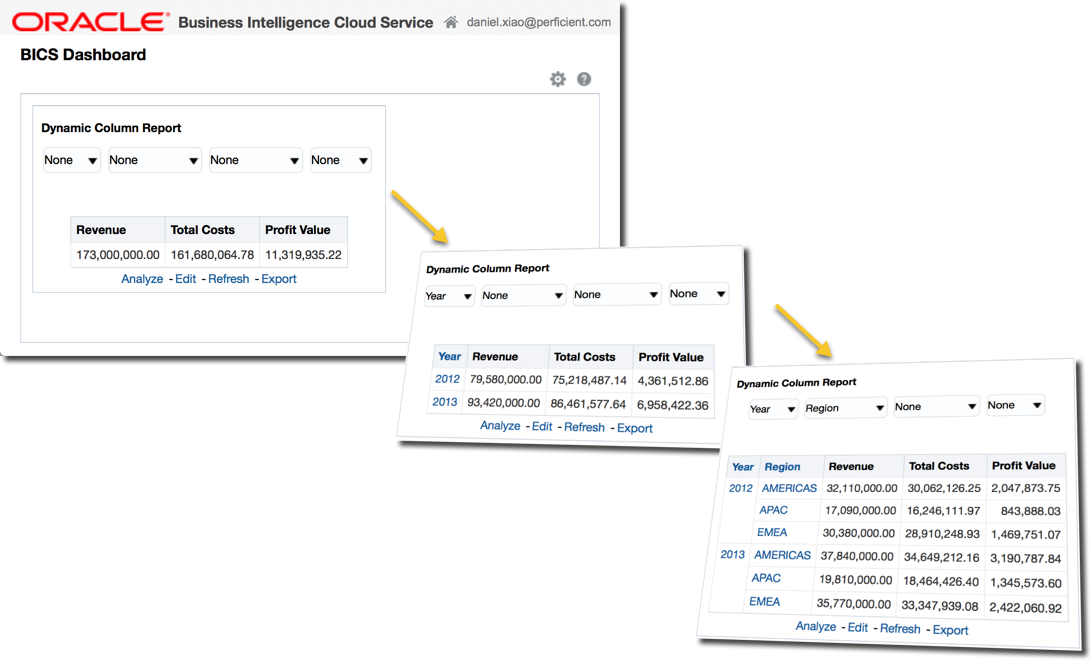 Launch Apex to access the BICS schema service.  Go to SQL Workshop, then SQL Commands to run the following SQL command to create a view named V_NONE_COLUMN_PROMPT.  The view contains only one column called NONE_KEY with numeric data type.

2. Create a dummy dimension in SampleApp

Locate the dummy view V_NONE_COLUMN_PROMPT under the Database on the left and add it to the model as a dimension. 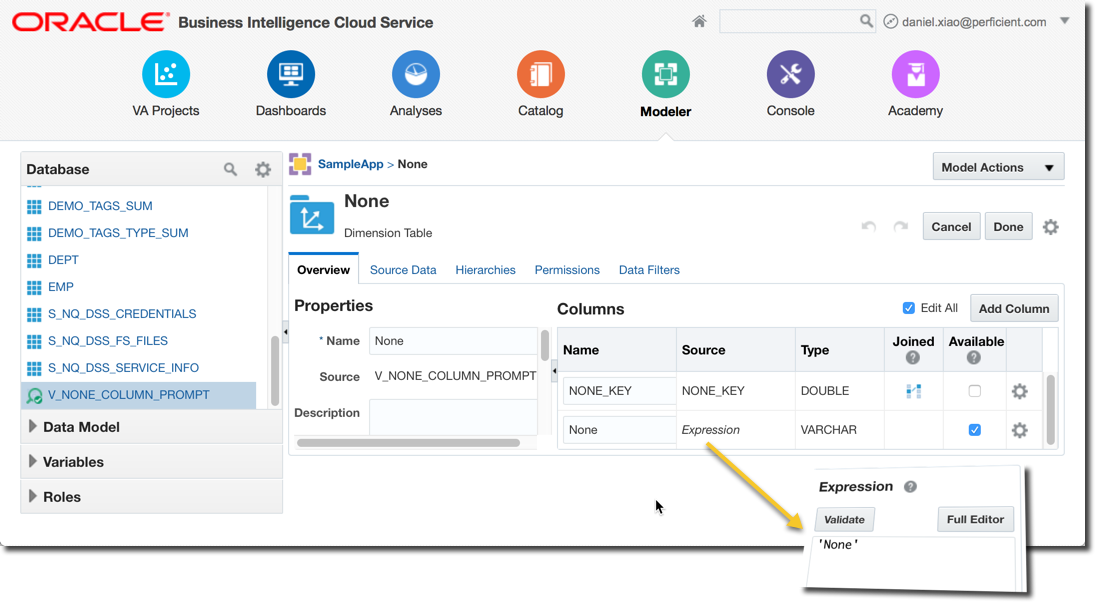 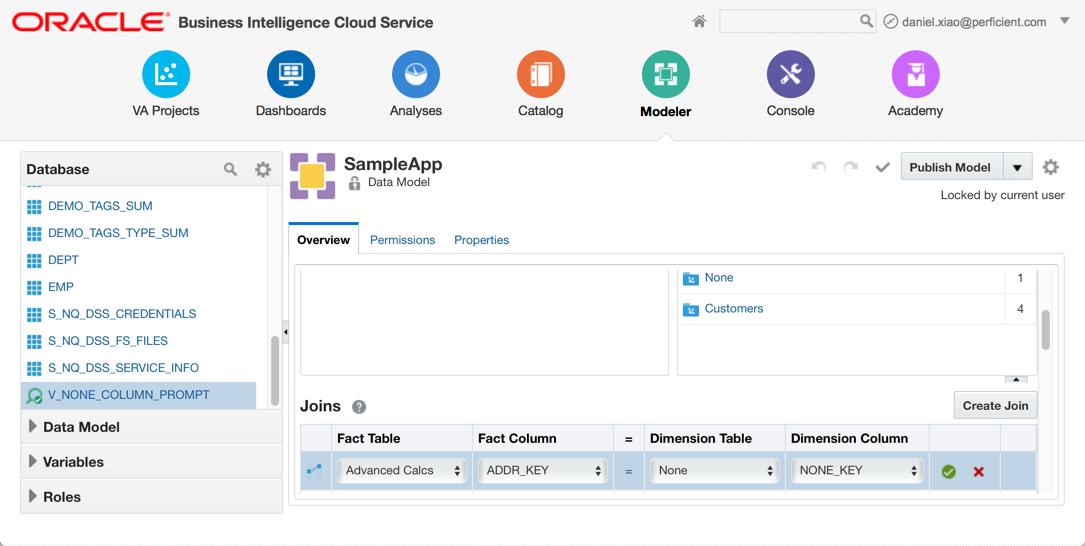 Click Analysis icon on the top and Create Analysis on the upper right to create a new analysis report. 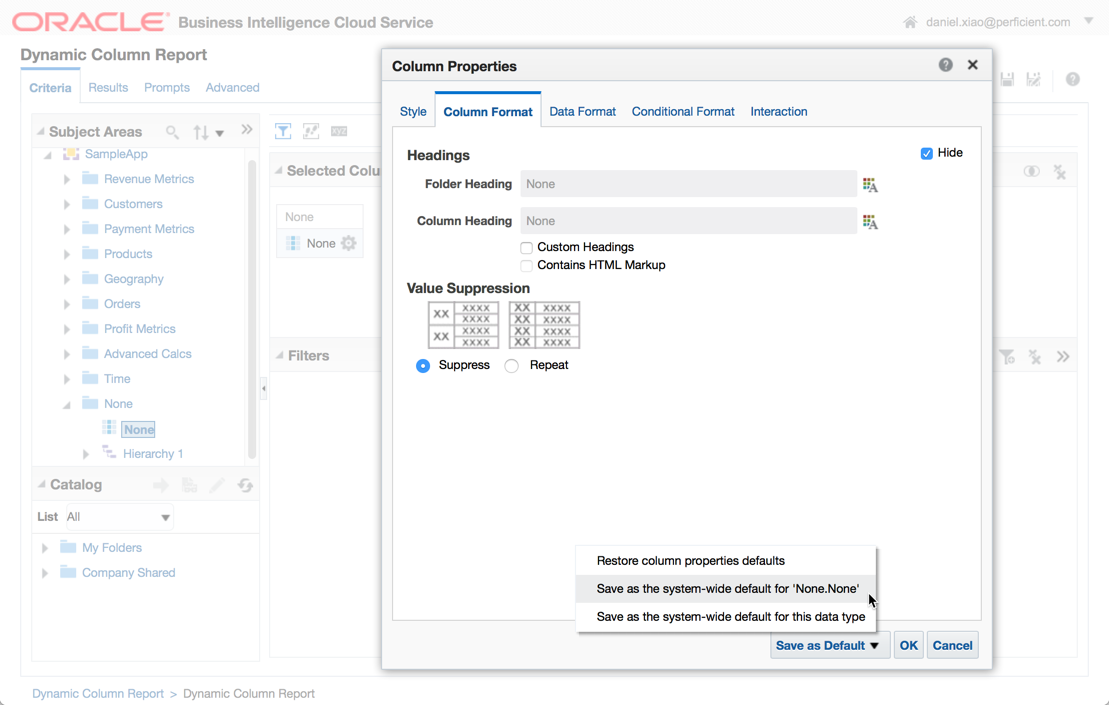 Go to the Results tab, and add a new Column Selector view.  Check the Include Selector and add some additional report columns to each of the None column selectors.   See the example below. 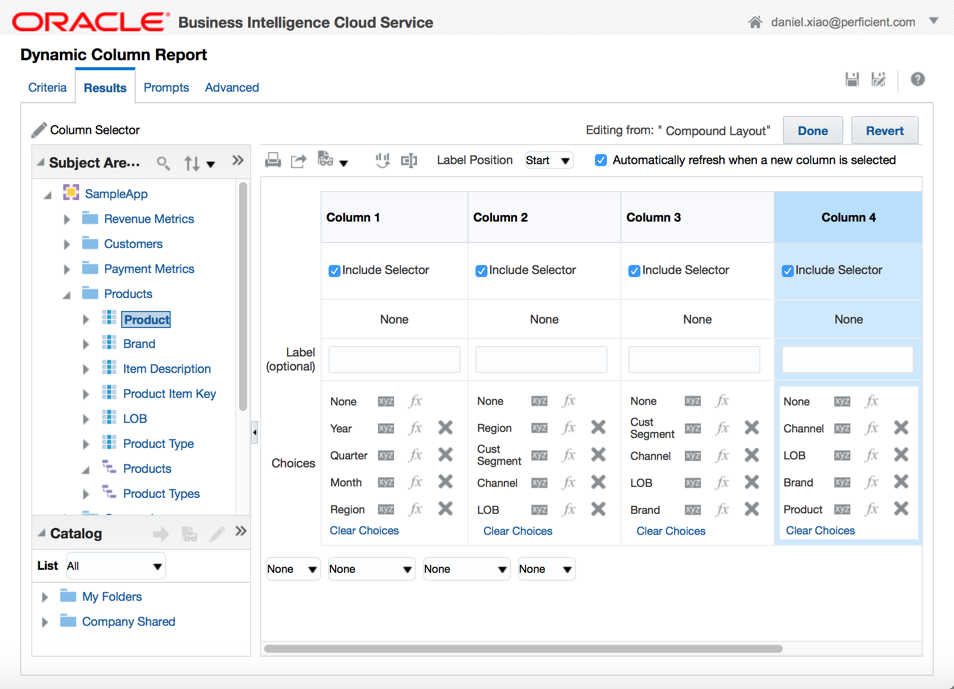 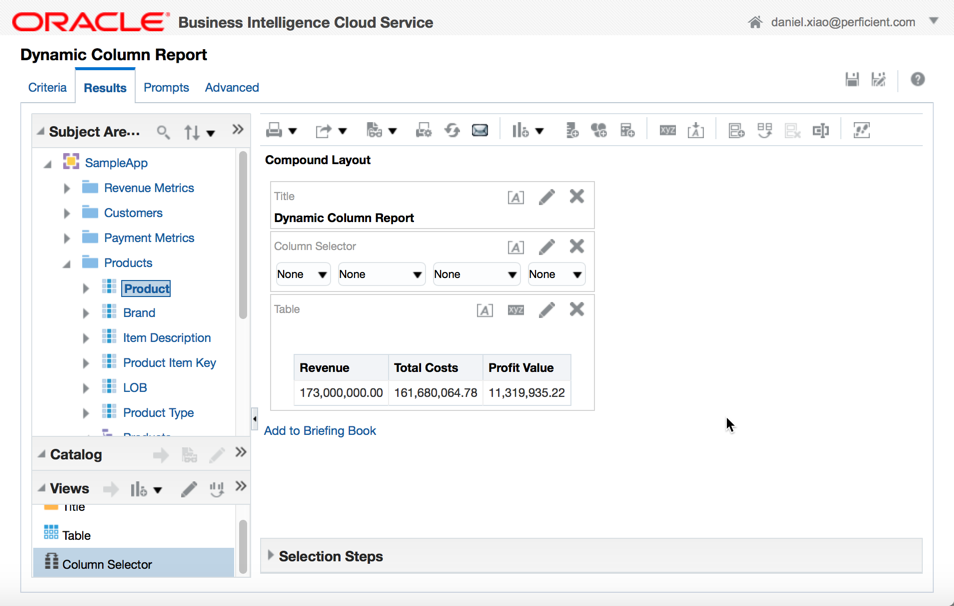 Save the report.  Now, if you follow the instructions and build everything correctly, you already have an analysis report that can display report columns dynamically based on the column selections. 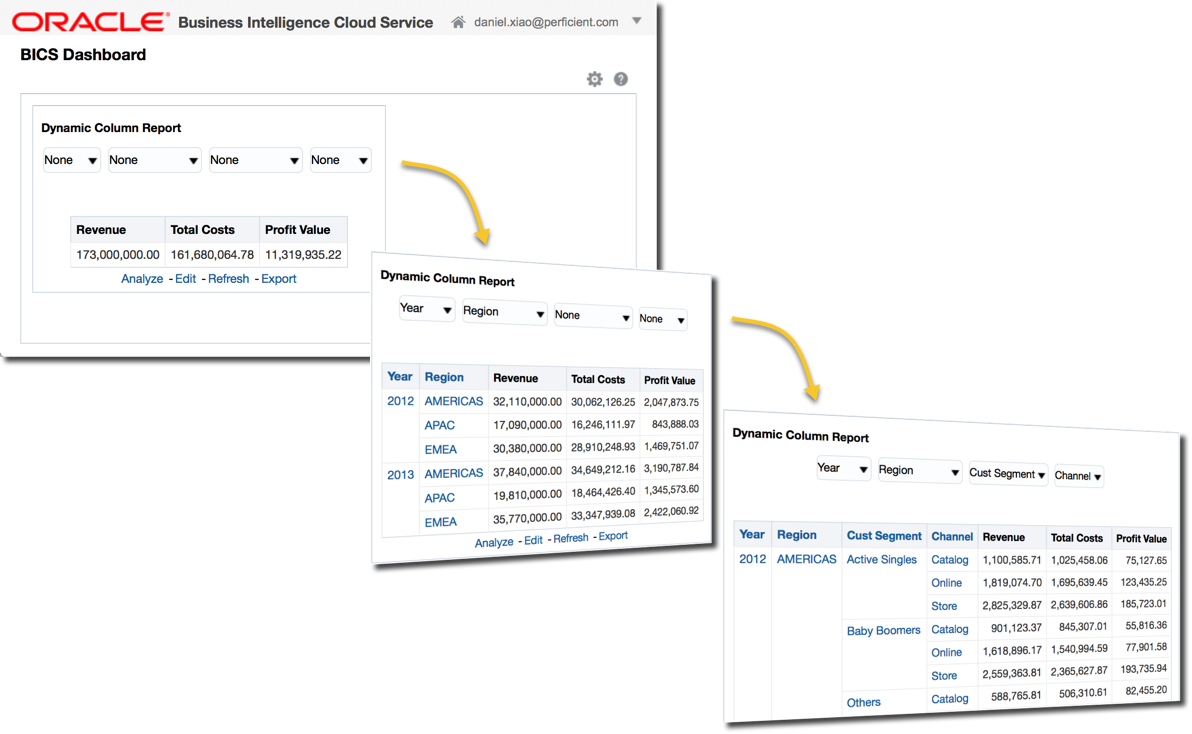 To conclude, the example uses four None columns with dimension attributes, but the None column can also be used with fact metrics; therefore, it’s possible to make the entire analysis to display report columns dynamically.  Theoretically speaking, there is no limitation on how many None columns can be used in a given analysis report.  The same approach should work with the OBIEE on-premises, too.