Why Google Is Indexing Fewer Tweets – Here’s Why #103

Mark can be awfully picky about his food! And now it looks like Google is getting pickier about which tweets get shown in Google search. In this episode of our Here’s Why digital marketing video series, Eric Enge gives the details of a study he conducted that shows some decline in the number of tweets being indexed by Google.

Mark: Eric, recently you published the fourth edition of our continuing study looking at how many tweets are actually indexed and show up in Google search.
Eric: Right. Four different times, starting in July of 2014, we’ve looked at over 900,000 tweets from over 900 accounts to see how many of them were actually indexed by Google.
Mark: And what has been the trend up until recently?
Eric: Well, the percentage of tweets indexed, though always small, grew over the first three data samplings we took. As you can see in this graph, there was a significant increase all the way through to May of 2015. 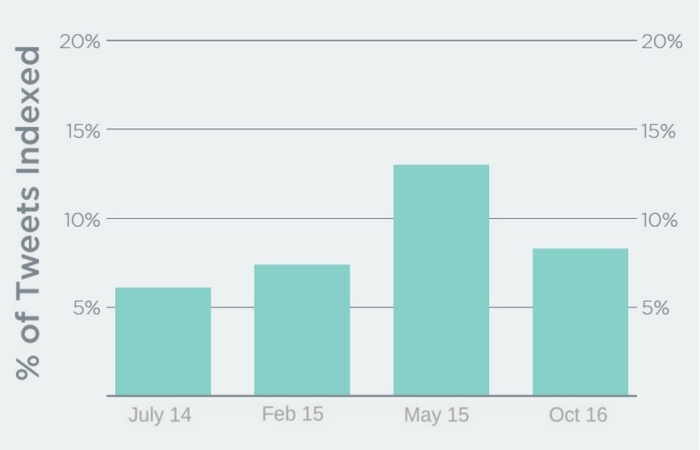 Mark: And why was that?
Eric: Well that was just after Google had confirmed that they had fully implemented their deal with Twitter to have access to all tweets in real time. Even then, the percentage of tweets that showed up in Google’s index was less than 15%. So even at the height of Twitter indexing, the vast majority of tweets never showed up in Google.
[Tweet “Even though Google now sees all tweets, the vast majority still don’t show up in search.”]
Mark: And it looks like the number has fallen off since then.
Eric: Yes, it has. And in our most recent sampling in October of 2016, we found that Google was indexing only about 64% of the quantity of tweets that it had been indexing back in May of 2015.
Mark: So, why do you think that they raised the amount they were showing in search after getting access to the so-called Twitter Firehose but now have lowered it again?
Eric: Well, I think it’s an example of how Google is constantly testing to get search results just right for users. First of all, even though there are over 500 million tweets each day, nobody really needs to see them all in search. So it makes sense that Google would filter them to show only the ones they think matter most.
Mark: But first they’d have to figure out what matters. I mean, how would they do that?
Eric: Well, that’s probably why we saw a big increase in the number of tweets indexed after the Google-Twitter deal came online. Google needed to put up a wider variety of tweets to test it. The data they gained from that testing helped them arrive at a more optimized level of indexation for Twitter.
Mark: So, what criteria do you think they use to determine the tweets that are worthy of showing in search now?
Eric: Actually our study revealed some intriguing correlations. For example, as you can see in this graph the more favorites a tweet has, the better chance it has of showing up in the Google index. 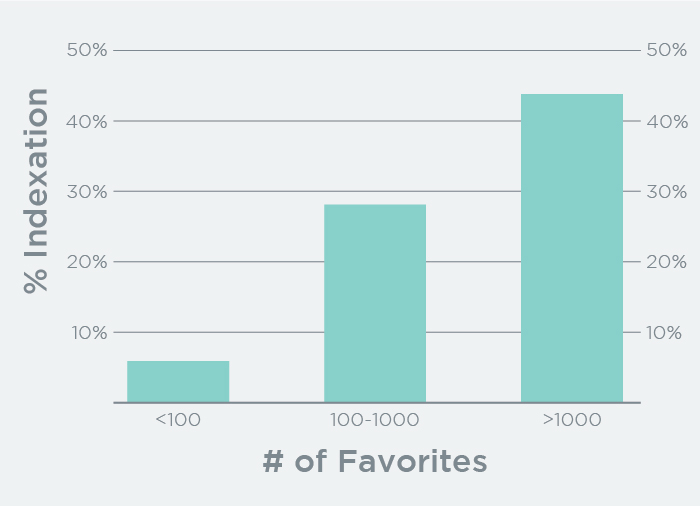 Same with a number of retweets. Although curiously, the number of retweets seem to have less effect on indexation than favorites. At the high-end, tweets with over 1,000 favorites are twice as likely to be indexed than tweets with over a thousand retweets.
Mark: So any thoughts on why that might be the case?
Eric: I’m still thinking about that, but it may be that Google sees favorites as being more indicative of worth because of the huge number of accounts out there that just auto retweet anything from influential people on Twitter.
Mark: So what other factors did you notice that seem to affect the indexation of tweets?
Eric: The number of followers is one, although the power of that influence dropped some in our most recent study from the prior ones. 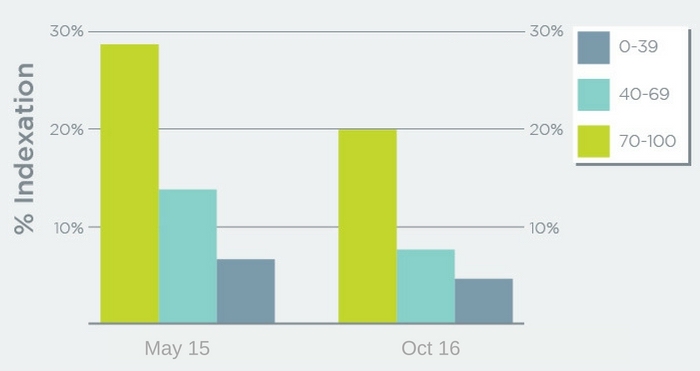 Finally, and perhaps most interesting of all is the impact of having a verified account on Twitter. As you can see here, all verified accounts have a higher chance of getting tweets indexed. But those with higher Social Authority have the biggest boost. 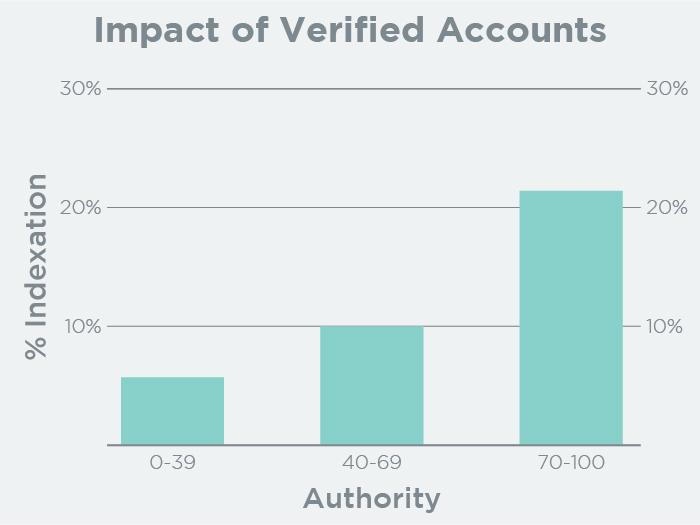 Mark: So does it really matter then to have a verified account when it comes to indexation? Isn’t it more about the Social Authority?

Eric: You might think so, but look at this. 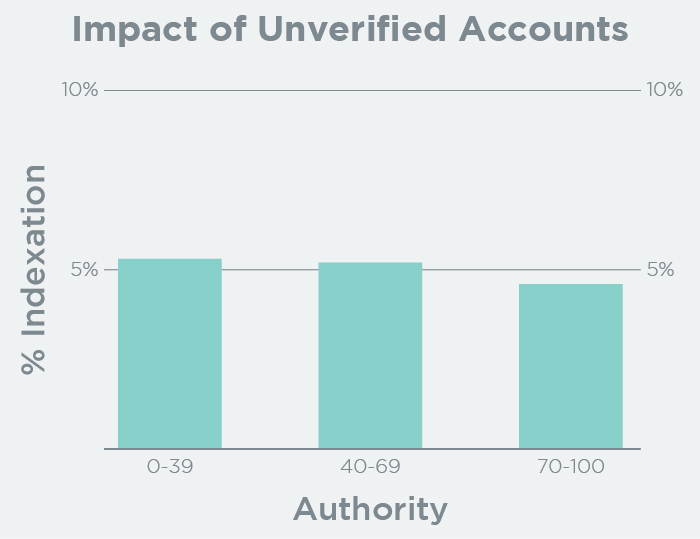 Here you’re looking at just the unverified accounts. Notice that across the board only about 5% of their tweets are indexed regardless of their level of Social Authority. So that actually seems to have no effect at all for those accounts.