How Will the Internet of Things Use Blockchain? 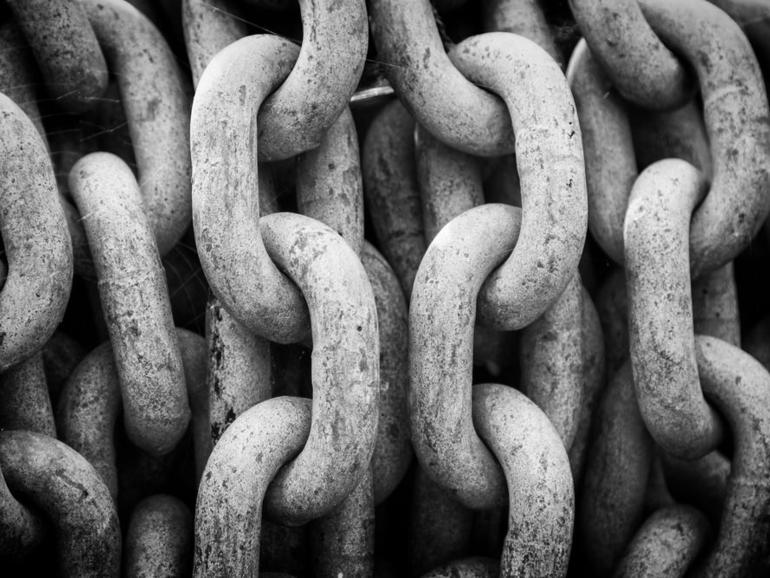 The most common association with Blockchain is Bitcoin – for this article Bitcoin is strictly a currency for transactions, but not the main focus. If you do you want more information on Bitcoin, this post, What is Bitcoin?, can give you more context. This article will focus on Blockchain in a decentralized ecosystem, and the functionalities of how blockchain could be an integral part of the future with Internet of Things.

If you are unfamiliar with Blockchain, I suggest reading this post, Blockchain Distilled, to get an in-depth look.

In the current state, we have a centralized platform that enterprise applications are routing to, in this case we consider an API Management Gateway to be a cloud instance – Azure, AWS, whatever you prefer as a host. Our smart devices with access to the internet are, as expected, routing to our gateway to communicate with backend systems. Our smart devices generate data and via some protocol (MQTT, XMPP..) communicate to a broker, or our backend system that collects data and the company collecting data runs some predictive analysis with it.

Now, as we have set the stage of what Internet of Things can be –  let us move to an edgier idea where our smart devices do not communicate to a centralized location – being our API Gateway to access our backend, but rather work in a decentralized network. Adding on to this, our smart devices are becoming smarter. Devices wouldn’t wait for a state change, but begin interaction with 3rd parties for us. These 3rd party transactions essentially become automated to perform a certain function. With this evolution where we do not necessarily have to interact with device for state change the device has evolved into a smart-er device.

A specific example for our next generation smart device will be an electric meter. The electric meter has a connection to the internet, and has historical data of our electric utilization, ex. June usage is 900kW for the month. This smart device is evolved into having the function of utilizing Blockchain – where it can handle transactions with 3rd parties with Blockchain.

How do Blockchain and Internet of Things come together?

For this example, we will use John, who has decided to purchase a smart meter from retail, or a utility company. John has setup a Blockchain wallet, a common provider is BlockChain.info. John funds his Bitcoin wallet with USD, which is converted to Bitcoin at a market rate. It happens that John’s utility company, SuperEnergy, has a blockchain network he can join, and his smart meter can be registered as a node on that network. John on-boards with his utility company, and his smart meter is setup on the network as a node that will handle monthly payments to SuperEnergy, from his Bitcoin wallet.

The smart meter we discussed earlier has the ability to run a Blockchain client, which would essentially allow it to create blocks, validate transactions, and act a node, (or miner) on the network. The smart device meter is able to authorize payment from John’s Bitcoin wallet, and add blocks to the ledger of the transactions between the utility company and the smart device. All while these transactions are happening John would be notified of the status, or payments, from a web portal, or mobile app. All of this is happening in a secure manner via Blockchain, and the transactions are validated by public keys from each corresponding node on the network.

That was a financial Blockchain case. What about enterprise communication?

Distrust surrounds Internet of Things when security is brought up, and there are numerous reports that devices can be hacked, and communication can be capture. Blockchain provides a solution for that which secures all transmission data in means that if someone was to somehow capture a “block” of the Blockchain, they would not be able to decipher without the proper key. Blockchain is not limited to only financial data, it can be used in any industry. The Blockchain ledger holds any data, and can be compared to a “database of information”, where every block that is created – a new transaction, or “row of data” is entered into the ledger. This includes readings from the smart meter can be inserted into the ledger. The device can act as a node or miner, on the enterprise Blockchain network. Why do this? Blockchain offers additional security, which lies in the mathematical operations it uses for cryptography and hashes, and keys owned by each node.  Each block, on the Blockchain is a new hash, where to continue the Blockchain requires the hash from the previous block to be a valid chain.

What could be the functionality of Blockchain? 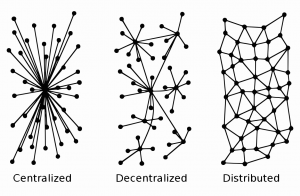 Blockchain in the enterprise will decentralize networks and subdue the need for application platforms to govern or manage communication with other clients internally or externally. This is not only a case for Internet of Things, but could be used for a new architecture pattern. From my experience in the industry, we have moved from one giant monolith to centralized all communication (Enterprise Server Bus), moving to decoupled services, so now there are many interconnected services that have their own endpoints, but route through an API Gateway (Microservices & REST APIs). This movement is leaning towards a distributed ecosystem, and decentralization, where Blockchain could replace current enterprise platforms – Security, Identity Management, Decentralized Consensus, Asset Management, and can replace network protocols currently in use. All of this is embedded with Blockchain features.

For more on blockchain, join our upcoming webinar: