Trump vs. Pokémon – The United States of Search 2016

2016 has been a year for the record books in so many ways. We said hello to Puppy Monkey Baby, Deadpool, Zootopia, & Batman v Superman. We watched records being broken in Rio at the 2016 Olympics all while battling the zika virus fear. We lost David Bowie, Glenn Frey, Prince, Muhammad Ali and Gene Wilder. We were saddened by shootings and hurricanes. And we saw breaking news around the world with Brexit, the Chicago Cubs and the U.S. election.
And through it all, Google search was there to help us find the information we were looking for at exactly the moment we needed it.
Yes, there was a lot to talk about this year, but there were two topics that Americans were interested in the most: Donald Trump and Pokémon GO. All but four states had one of these topics as their most searched topic this year.
In the battle of world leaders vs. Pokémon trainers, where did your state land? 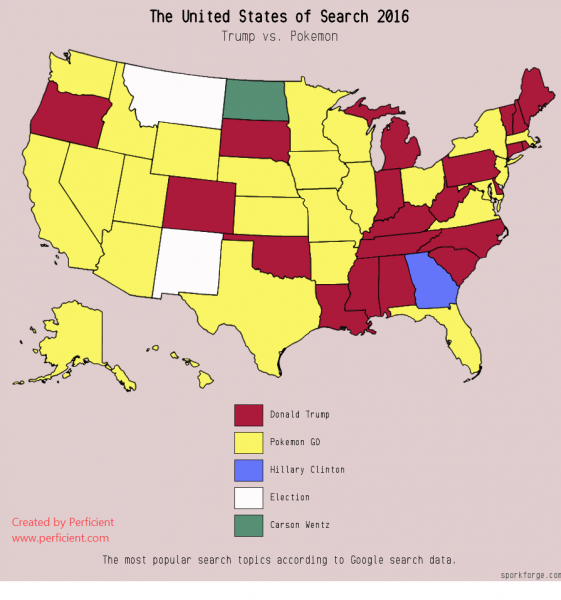