Has our beloved (or more often, feared) Penguin come in from the cold?
On September 23, 2016, after an over-two-year wait, Google finally released the much-anticipated Penguin 4.0 update. They had promised that this update would be different from all previous updates, and it’s looking like that promise was kept. Not only that, but 4.0 would be “the update to end all updates,” at least from a public view.
But before we dig into how much of a sea change this new Penguin might be, let’s review what the previous updates were like, if only so we can evaluate how much better 4.0 might be. (If you want to skip straight to my analysis of Penguin 4.0, click here.)

Penguin in the Past

Penguin was first launched in April 2012, with the primary mission of combating link spam at scale. In the early days of the new web economy, links had become valuable commodities, and were bought, sold, and traded almost with impunity. Such link schemes threatened to undermine Google’s entire business, which still considers links to be a strong ranking factor. Anything that threatens that assumption can negatively impact the value of Google’s search results for users.
Penguin was designed as an algorithm that would allow Google to detect and penalize sites that appeared to be engaging in manipulative link schemes at a much larger scale than ever before. As such, it needed to be updated and improved over time. Here is a list of the major known Penguin updates before 4.0:

All of the Penguin updates up until 4.0 took the same basic approach, and shared certain characteristics.
For one thing, old Penguin evaluated the link profile of sites as a whole, and if too many bad links were found, the entire site got a ranking penalty. For that reason, getting hit with Penguin almost always used to mean a huge traffic hit. 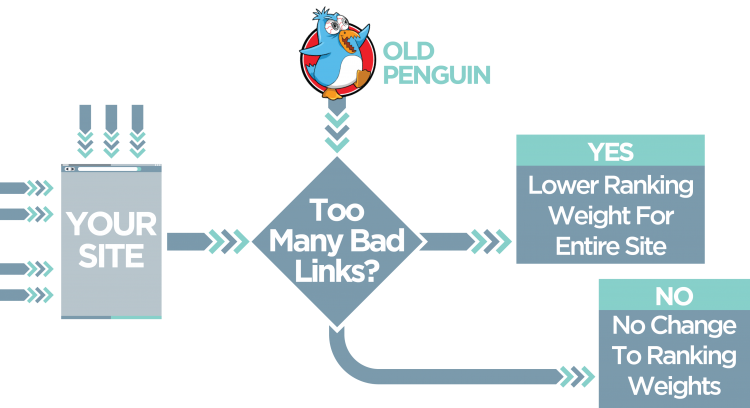 To make matters worse for site owners hit by Penguin, updates were very infrequent, and only at the time of an update could a site that had cleaned up its links experience any recovery. This made the final stretch of nearly two years from the Penguin 3.0 update almost unbearable for many site owners.
But Google told us that time was necessary, because they were cooking up a whole new Penguin. And indeed they were!

A New Penguin in Town

So what’s different about Penguin 4.0? Plenty! Google had promised that 4.0 would be “real time” and that once it was out, there would never again be an announced update. I’ll discuss the significance of both those statements below.
First, Penguin 4.0 adjusts the weighting of links to a site “on the fly.” That is, as Google’s bots crawl the web and discover links, the Penguin algorithm evaluates them and then stores away its judgment. That provides a reservoir of data from which Penguin can draw to make snap judgments on a web page. 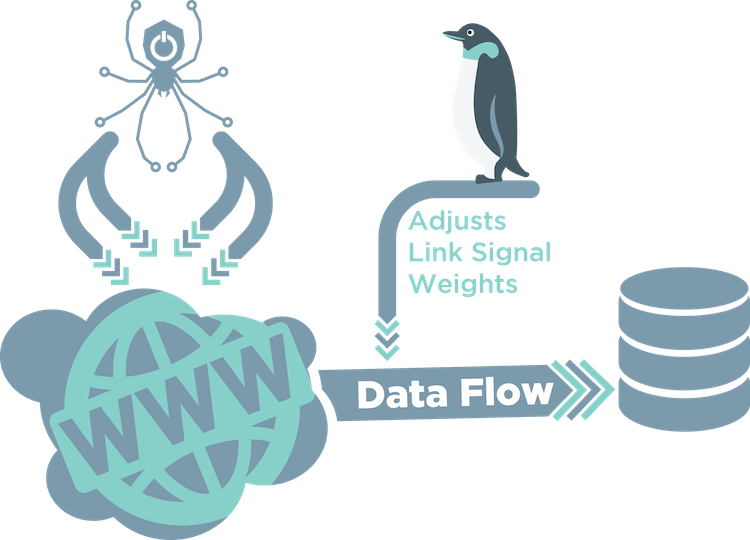 [Tweet “Penguin 4 adjusts the weight of new links on the fly. Learn more at” ]
Second, Penguin is now more “granular.” Google’s Gary Illyes said, “Penguin now devalues spam by adjusting ranking based on spam signals, rather than affecting ranking of the whole site.”
This means that when Penguin discounts links now, it only impacts the ranking of the particular page, or pages, on a site that stood to benefit from the spammy link(s), rather than the whole site.
[Tweet “Penguin 4 is more granular, only affecting individual pages with bad backlinks. Learn more at”]
Third, Penguin is now “real time,” but what does that mean? It does not mean that ranking changes happen to pages instantaneously when new links connect to them. Other ranking changes based on links don’t work that way, and neither does Penguin 4.0. Here’s how it works:
Just as they always have, Google’s “spiders” crawl the web, discovering new links as they do. Google updates its database of link signals, but no ranking changes are applied yet. 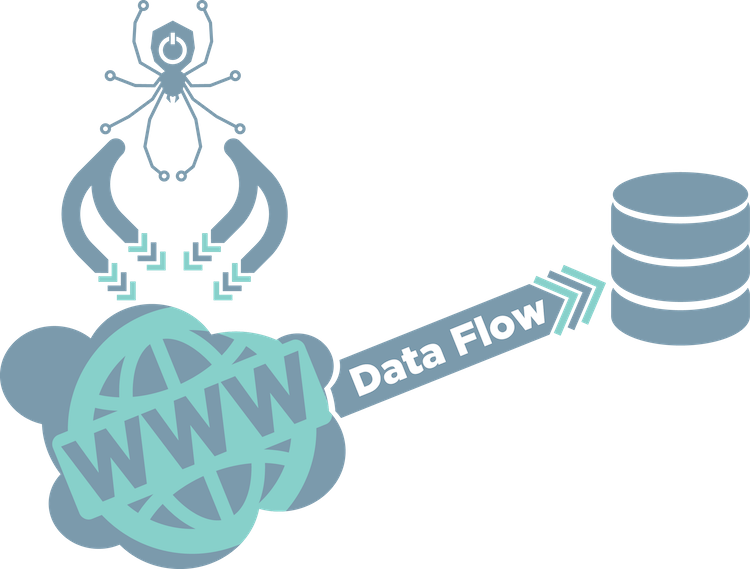 When your page is re-crawled by Google, link signals from any links to the page discovered since the last time Google crawled that page are applied, and new page ranking weights are calculated at that time. Now is when Penguin has its effect (if any needed). If any suspicious links were picked up from crawls of sites outside your own, Penguin has already devalued them, and at this point the consequences of that may affect the ranking of the page. Bear in mind, with the new Penguin, this means that they will have less positive impact

[Tweet “Penguin 4 is said to be real time. Find out what that means at”]

So in what way is Penguin 4.0 real-time if ranking changes are only applied at the time of a recrawl? In at least two ways:

From here on out, updates to the Penguin algorithm will:

So just as there is a slight delay between any new links to a page and the application of ranking signals from those links, there will be a slight lag between the rollout of any changes to the Penguin algorithm and their effect on a particular site.

Allow me to indulge in a bit of speculation for a moment. It should be obvious that it took a lot of data analysis to bring Penguin to the point where it could be trusted as a “real time” part of the ranking algorithm. In my Virtual Keynote interview with Google Webmaster Trends Analyst Gary Illyes, Gary told me that the reason Penguin 4.0 was taking so long to release was a priority on “getting it right.” They had to be sure they had built the algorithm to be as accurate as possible. But where did the data come from to provide the training set for the update?
One possibility is that Google used, and continues to use, data from links disavowed by webmasters attempting to recover from a link-based penalty. Many believe that those links in aggregate provide a richly detailed portrait of what constitutes spammy links. 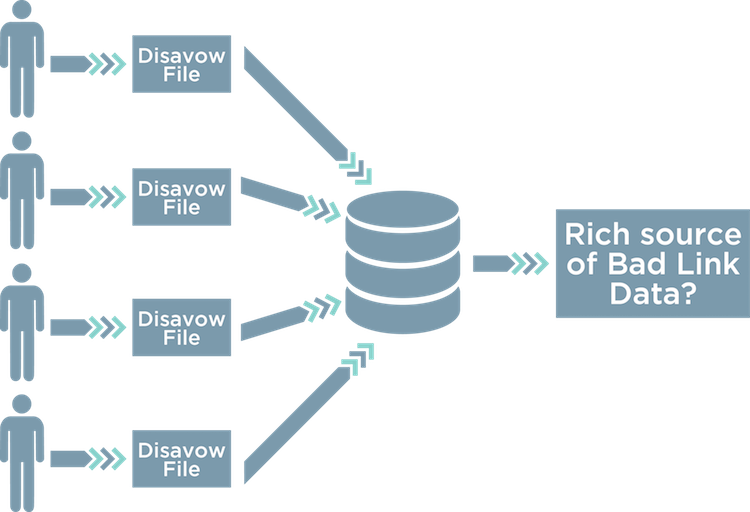 How to Respond to Penguin 4.0

So what should you as a site owner do about Penguin 4.0? Nothing.
OK, I’m being a bit facetious there, but some of the major differences with Penguin 4.0 really do change the game. For one thing, since 4.0 only discounts links to your site, there is in principle no huge downside. It will be as if the links never existed in the first place.
Also, there is no way to file for a reconsideration of a Penguin penalty. Here is what Gary Illyes had to say:

So what can you really do?

One more thing: What about negative SEO?
Ever since Google first introduced Penguin 1.0, webmasters have worried about the possibility of “negative SEO.” Negative SEO is the practice of intentionally pointing lots of bad links at a competitor’s site in the hope of triggering a penalty for them. Does this actually work? Once again, Gary Illyes:

So the thing about negative SEO is that, to this date, I haven’t seen a single…well, not just me, but also the ranking team hasn’t seen a single case where it was really negative SEO. It was more about clients not revealing details to the SEO who was doing the cleanup, for example.

Whether or not negative SEO ever was really a “thing,” it seems to me that Penguin 4.0 largely (if not completely) removes the SEO-related incentive for it. Any bad links you build to your competitor would simply be discounted. In other words, they do nothing, and the competitor’s page is no worse off than it was before.
[Tweet “Does Penguin 4 make negative SEO a thing of the past? Find out at”]

Penguin 4.0 really is a bird of a different feather. For most webmasters, it will fade into the misty seas of the overall ranking factors, and it won’t be worth any anxiety. On the other hand, wise site owners will follow the positive steps I outlined above, but then those should be part of any good SEO practice anyway.

Thoughts on “Google Penguin 4.0: Living With A Kinder, Gentler Penguin”