The Role of API Gateways in Microservices

Imagine a pizza store where one person is taking orders, one is baking pizza, and a few are delivering them to the requested locations. This division of labor keeps business tasks successfully distributed across employees of the store and maximizes customer satisfaction.

Similarly, in a typical software development scenario, it is very common to create a project by assembling a team during initial design phases. These kind of services are called monolithic services. Over time, the code base for monolithic services becomes difficult to maintain, especially when project requirements compete with one another. This may also lead to accidentally creating two smaller but growing monoliths patched with a bridge to communicate with each other.

So, how do you solve the main issue of designing the deployment of independently integrated services without accidentally generating monoliths? Typically, the ideal way is to find a seam or communication point and then divide responsibilities as two halves of the system.

But it is also works to find the business functionality of the service and divide the parts based on that differentiation, which will avoid the dependency and the monolith problems.

This approach is called microservices, which essentially divides the monolithic service into different microservices that have less dependency and are independently scalable. In other words, microservices can be defined as independently deployable components of bounded scope that support interoperability through message-based communication. Microservices architecture is a style of engineering highly automated, evolvable software systems composed of capability-aligned systems. 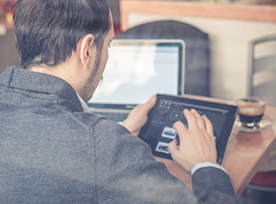 Why Do We Need APIs for Microservices?

APIs bring the technological way to express microservice capabilities while linking business to the technology. APIs adds value to the microservices with normalized access points for system functions, including security, composition, monitoring, and SLA enforcement. APIs help microservices bridge service modeling through domain-driven design. They also provide a consumable means of understanding the system of microservices for information hiding to reduce the accidental complexity.

Why Do We Need API Gateways for Microservices?