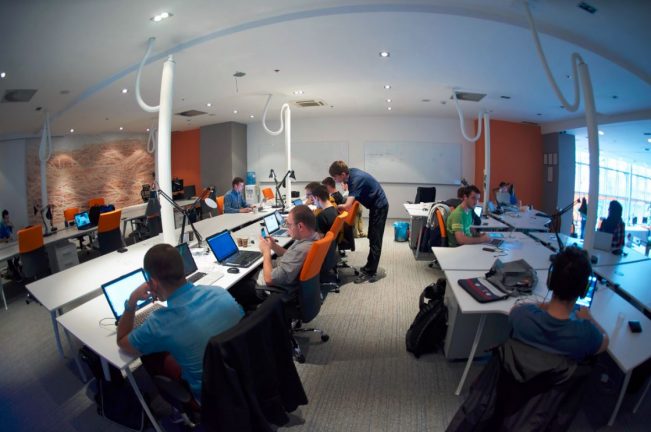 This is the first in a series of blog posts that will highlight installing and using some of the new features that Oracle has just released in Siebel Innovation Pack 2016 (IP2016).

First, I created a new virtual machine (I used the free Oracle Virtual Box) to use as a sandbox environment so that I can better understand some of the new features that are available in IP2016. Since I am a developer, I was especially interested in having a first peek at Siebel Composer and Workspaces in Siebel tools, which promise zero downtime for the migration of changes and the elimination of the Siebel Repository File (SRF). Specifically, zero downtime allows Siebel the promise of being able to develop in an agile environment.

Next, I downloaded Siebel bookshelf (the set of documentation that covers this version of Siebel) from edelivery.oracle.com. The documentation was very clear, in that many of the parts I was most interested in were only meant as developer previews; they should not be used in production and should not be used or installed in any environment that will later be migrated to production. So that means that installing these pieces of the software – even in a development environment – is risky and a big no-no.

To find the correct set of files, after you provide your eDelivery credentials, search for “Siebel Industry Applications 16.0”, and choose your operating system. I selected Microsoft Windows 32. The full download is 75 gb, so clearly I had some pruning that I needed to do. I ended up downloading these items:

After I unzipped these files, I was further able to prune all the language packs that I did not need. Be careful to keep the base files and also the ENU (English-American) files.

To do the same install that I did, you need to have about 30+ GB free. The first time I attempted this, the installer quit with an error, and it was very difficult to ascertain what the root cause was. The installer log file did not give very detailed information.

I first created the installer for the Siebel web client, with the sample database. Once that is complete, you can do the actual install by running this:

Make sure you check the option to install the Sample database. The install takes about 30 minutes. Oddly, when I tried to run any of the applications (in my case, eClinical), I noticed that the installer did not create an ODBC entry. I created one called SAMPLE_XE and then I was able to login to the application using the sample database.

Next, I installed Siebel Tools the same way, by running SNIC to create the installer, and then running the installer itself.

After this, you will have an application, sample database, and Siebel Tools pointing to the same database.

Once I started to run Siebel Tools, I was very disappointed to discover that the new Workspace enhancements were nowhere to be found. It turns out that, by default, Workspaces are turned off. This makes sense since this is only a developer preview.

The command (issued from a DOS prompt) to enable Workspaces is:

Now, when you run Siebel Tools, you can a new menu Item “Workspaces”, which gives you access to new Siebel agile abilities.

In my next blog post, I will go into more detail on the Siebel abilities.

With 20 years of life sciences experience and 10 of working with Siebel, Rene is a Lead Technical consultant @ Perficient. Originally from Montreal, PQ, Rene now resides in Augusta, GA.