How to Mitigate Security Risks with APIs

APIs in the Current World

With the advancement of SOA and new-age technologies coming door-to-door, we see how the Internet of Things is touching our everyday lives, be it from Apple Watch and Fitbit to building apps in automobiles, banking, the retail industry, etc.

I recently read somewhere that eCommerce for JC Penny is gaining more popularity, reducing the in-store presence of their customer base and leveraging online and mobile channels to better promote their products. 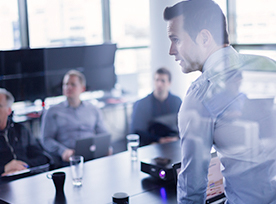 All of this functionality comes with the exposure of APIs for third-party developers to use and build their apps. But exposing APIs over public network comes with its own risks.

We all know that hacking has grown in frequency and seriousness. Just a few of the recent hacking attempts and attacks to customer-sensitive data are:

There are different kinds of vulnerabilities and risks that lead to these hacks:

Phishing is caused by a redirection-based handshake in OAuth 2.0. A hacker inserts his own URL as a callback and gets access to the token from OAuth server. This vulnerability could cause malicious entry of hackers into the systems that are not supposed to be accessed.

When the hacker is trying this “exhaustive effort” to get into the system using certain patterns, it could open up the security aspects and allow entry into the DMZ and internal systems. This is a very common kind of attack often tried by malicious users.

Hackers are able to inject code snippets into the client call and hence is able to gain access. This can happen in the form of SQL, LDAP, Xpath, XQuery, and other code injections. For example:

Select * from Table where id=’12312’ or ‘1’=’1’. Here the second condition will always evaluate to true thereby allowing injections and getting all records from table back.

This is one of the most common forms of attack on network systems. In APIs, when a client has a certain predetermined number of calls (rate limited) for some APIs as part of their contract, if the hacker keeps calling these APIs and max out the number of API calls, it could potentially prevent the client from being able to make those calls again since the APIs would be monetized.

How to Mitigate Those Risks 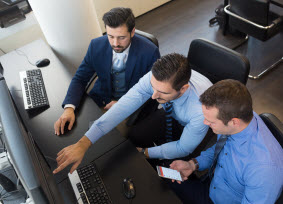 API management provides techniques to mitigate most of these problems.

APIs integrate data across multiple platforms by maintaining a common channel for data to move across mobile, portals, wearable, or other devices and require proper authentication techniques the for user to login and gain access to information via API gateways.

This layer can be used more like an “explorer” layer where any interaction with outside work, businesses as well as some reports on advanced analytics of API traffic can be generated.

In conclusion, API management solves most of the security threats that can be potentially faced by organizations, businesses, and groups that are looking to leverage APIs for increased profits and future growth. Even though it may not be a sufficient condition to ensure security and success, it is definitely a necessary step toward ensuring the success of any business that requires use of more than just a monolithic-based architecture for its technology implementation and has external consumers, which is the case with most of the organizations.