Mobilegeddon and the Future of SEO

We’re eight months into the Google mobile-friendly ranking update popularly known as “Mobilegeddon.” How much has changed? What is the future of mobile SEO?
During his recent presentation to Boston-area marketers on “The Future of Digital Marketing and SEO,” Perficient Digital’s (and lead co-author of The Art of SEO) Eric Enge gave his take on the past and future of Mobilegeddon and Google mobile search.
Hear his commentary in this two-minute video clip from the event. You’ll also see “as it happened” tweets from the event in the video.
You can read my summary and commentary below the video, or view the full-length presentation.

(The following is an edited article version, not a literal transcript of Eric Enge’s remarks in the video.)
Perhaps no search-related announcement by Google this year caused more of a stir than news that they were going to begin to use “mobile-friendliness” as a ranking factor in search. In other words, Google would show more favor in rankings on mobile devices to sites that present a user experience tailored to the mobile screen.
Google’s motives behind this, though, were not difficult to suss out. Searches on mobile were quickly on their way to outpacing desktop.
At Perficient Digital, we wanted to find out how much difference the so-called Mobilegeddon update would make, so we set out to measure it. 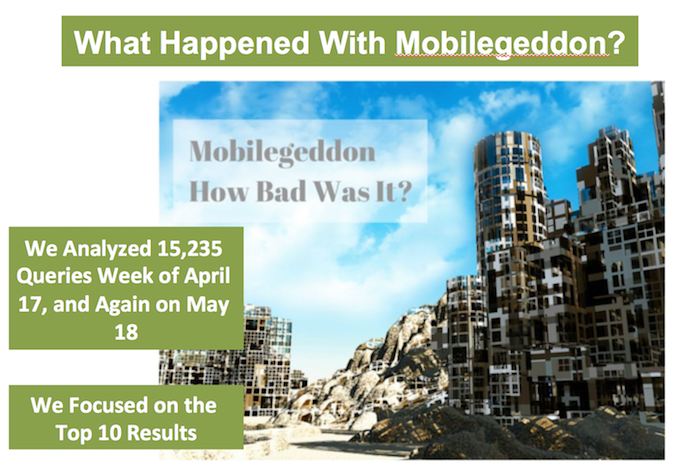 Eric Enge and our team took a snapshot of over 15,000 Google mobile search queries on April 17, 2015, just before Mobilegeddon hit, and then again on May 18, about a month after the update. Eric then analyzed the top 10 search results for each query to see how much change occurred.
Before the release of our study detailing the results we found, most industry media had already branded Mobilegeddon as a non-event, resulting in very little change in the rankings. But these observations were mostly anecdotal, without the huge supporting data sample we possessed.
Our data told a very different story. 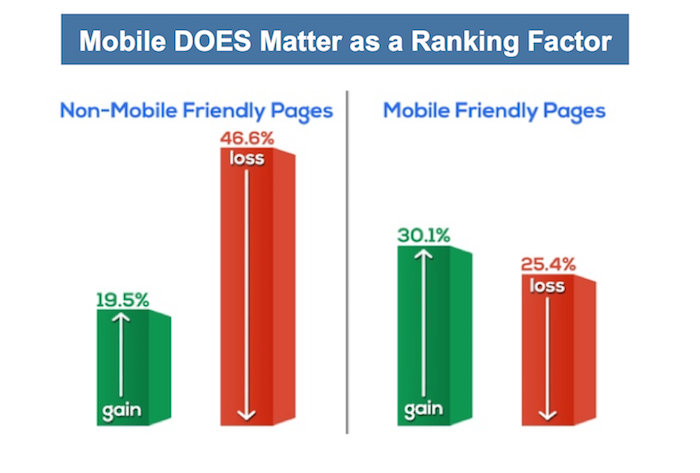 For pages in our sample data that Google did not mark as “mobile-friendly,” nearly half of them showed a ranking lost post-Mobilegeddon. More mobile-friendly pages gained ranking than lost.
This means that getting a mobile version of your website is no longer optional if you care about organic search traffic.

Thoughts on “Mobilegeddon and the Future of SEO”