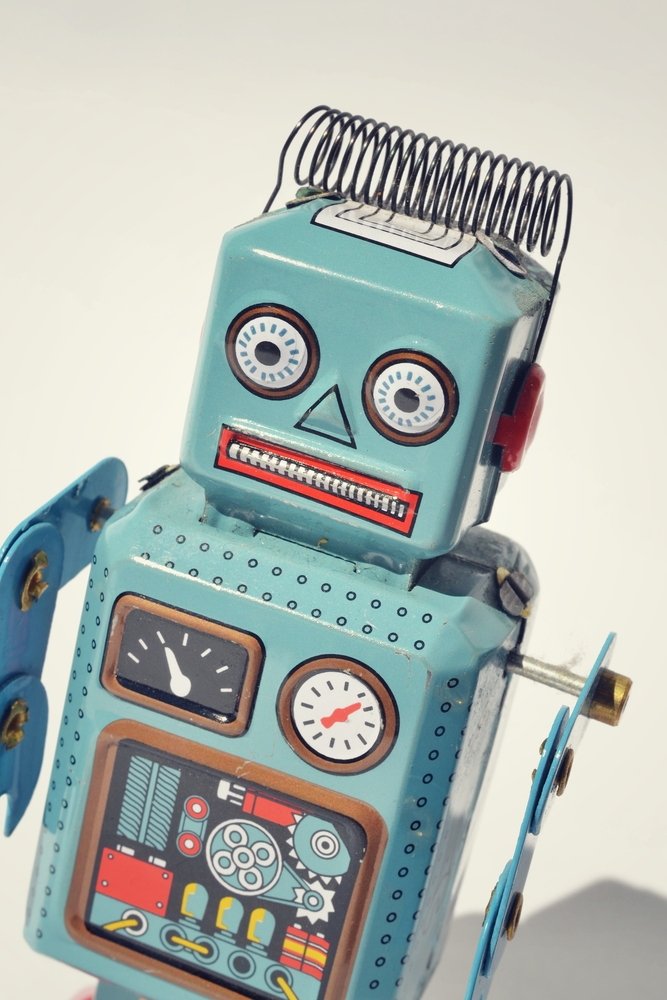 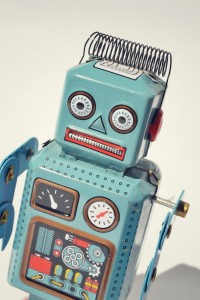 Since the (seemingly) wondrous achievements of the Mechanical Turk in the 18th century, humans have been fascinated by robots. Today robots, either the physical or software, are becoming a part of all of our lives and this raises questions that we have not figured out how to answer. The week of OSCON, I saw a keynote and read an excerpt from an upcoming book that highlighted these questions. Paul Fenwick, managing director of Perl Training Australia, presented an OSCON keynote, The Future is Awesome (and what you can do about it). Paul presented a new of future scenarios and questions raised by the various futures. I want to focus on the autonomous car, something that is closer to reality than science fiction. Paul presented the scenario of a child running in front of an autonomous car. Should the car be programmed to crash rather than hit a pedestrian? Should it matter if the pedestrian is young or old? Should the car decide by comparing the passenger and the pedestrian and deciding whose life is more valuable? Considering all of us may be one of those roles in the future, it it something we should discuss.

Jerry Kaplan, writing behind the Wall Street Journal’s pay wall, asked Is it possible to create an ethical robot? He took the car analogy further, discussing how robots may soon be acting independently in the world. He presented several scenarios including a self parking car; should it be able to move itself every two hours to avoid a ticket or should the owner need to return to the car? It made me think in a broader sense; will robots be programmed for courtesy? Will it hold open the door for the elderly? Will it offer to help someone struggling on crutches?

Similar questions apply to software we write. If you can’t get a ticket to the Tony Bennet/Lady Gaga or Taylor Swift shows, it is probably because a bot has purchased them the millisecond they went on sale. Should my ecommerce system be programmed to detect bots buying up the hottest product and stop them? When the next hot electronic item is released, can my robot, either software or corporeal, stand in line for me?

I am going to buy Jerry’s book, “Humans Need Not Apply:A Guide to Wealth and Work in the Age of Artificial Intelligence”, to learn his thoughts on how our lives and public spaces will change in the near future. I will drive to the bookstore, while both are still options.