15 Health IT Standards and Interoperability Rockstars to Know 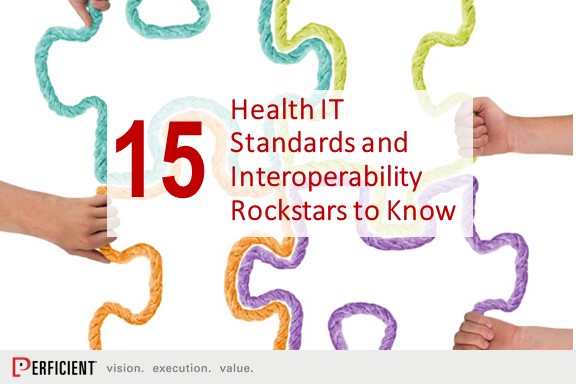 Health IT Standards and Interoperability Rockstars to Know from Perficient, Inc.

There are many people contributing to the evolution of health IT standards and healthcare interoperability efforts – above are 15 Health IT Standards and Interoperability Rockstars You Should Know. Some are more active than others on Twitter – follow all 15 of these leaders here.

Kate Tuttle is a senior marketing professional with more than 13 years of marketing experience in both B2B and B2C environments. She has more than 7 years of healthcare industry experience and is passionate about technology and its impact on consumer experience.