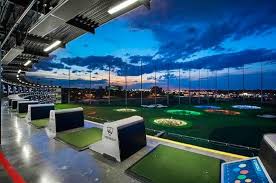 A key question for a technology vendor is “Do you use your own technology for what you are selling to the rest of us?” It’s often frustrating to me to visit a web content manager’s web site and find that they don’t use their own product to manage the site.
At the Adobe Summit, I’m attending a session called Adobe on Adobe:Implementing a next generation cross-channel marketing solution where we get to hear how Adobe replaced two incumbent enterprise marketing solutions with Adobe Campaign.

The Challenge
Adobe has acquired several companies who each had their own marketing tools. After the acquisitions, Adobe struggled to be consistent in their marketing efforts across all these other legacy systems. They had trouble sharing marketing data.  Platforms had trouble scaling and performance issues. The need for reinvention became apparent as Adobe grew faster.
The Plan
After Adobe acquired Neolane which became Adobe Campaign, they decided to move all the cross-channel marketing to Campaign. They were asked to move all of there programs in a few months which was really impossible.  So they decided to create a thoughtful plan that included a current state assessment, requirements gathering, and user research to figure out exactly how to move over to Campaign.
They focused on change management because of the move from a variety of old systems to this new platform.
In addition to using the Adobe system, they also managed the project following their best practices for deploying the solution to Adobe customers. They developed a roadmap along with requirements that included must haves and nice to haves.
The Results (so far)
Within 6 months they started migrating lead management and within 9 months they moved all of their high-volume emails over to Adobe Campaign.
Now Adobe has 130M recipients in their database.  They deployed 1.1B personalized emails in 2014. They had 130+ lead nurturing programs in 2014.
In lead scoring across several dimensions, they had 11x performance increase for the automated platform and 3x performance increase in the end-to-end, CRM to automated platform.  This has lead to dramatic increase on contact rate for those leads.
Lessons Learned

Adobe hasn’t finished the migration just yet.  They will continue to migrate everyone over to Campaign and will be optimizing their programs this year.  They are also integrating with their other Marketing Cloud tools.