Why governing Yammer vs. SharePoint represents an about-face 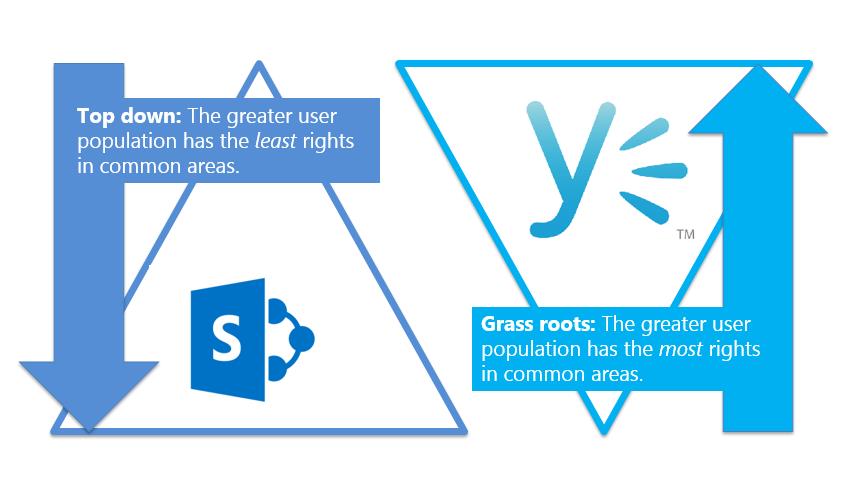 Yesterday may have been Ground Hog Day, but unlike the movie, I’m happy to report no time loop (although there was a lot of snow for some of us). Aside from the freshly fallen snow, there was also fresh new content over on CMSWire, thanks in part to my colleague Rich Wood and his article “The Yammer vs. SharePoint Governance Taste Test.”
Rich is the only person I know who can relate Folders Crystals to governance in Yammer and SharePoint and have it make perfect sense. How so?

Do you remember the Folgers Crystals instant coffee commercials from the 1980s? In these 30-second advertisements, a surreptitious survey is taken of diners in a fancy and presumably expensive restaurant. Served after-dinner coffee, they inevitably describe for the camera how fantastic it tastes and smells. Just as inevitably, the shock of the coffee drinkers when they discovered they’d actually been served Folgers Crystals — instant coffee, not the freshly-brewed European blends they’d been expecting — gave their snobbish expectations the lie.
In many ways the governance of Yammer vis-à-vis the high-powered governance features of SharePoint is similar to that cup of Folgers coffee versus flavor expected of the freshly-brewed premium blends.

Rich goes on to explain that the shocked diners are your SharePoint admins. Within Yammer, the governance features are softer and lighter, existing to guide collaboration. The opposite is true of SharePoint, where the governance model tends to restrict people from communicating outside of approved circumstances. Despite being so different, when deployed correctly, governance in Yammer can be just as effective as that of SharePoint.
Rich discusses the importance of understanding the differences between social, cloud-based collaboration like Yammer and collaboration within the older, document-first platforms.

If you’re used to thinking of “governance” in a SharePoint context, it can be a difficult transition — even an unnatural one — into governing a Yammer network properly while still encouraging user engagement. The baseline systems serve different purposes. Simply put, SharePoint is for files, Yammer is for people.

Also, I found this to be worth noting:

These social services — whether within the context of the Yammer UI or wired beneath other applications such as Exchange, CRM and SharePoint, are well on their way to being woven throughout the Microsoft platform. Enterprise social will become less of a solution and more a part of the fabric holding productivity applications together. 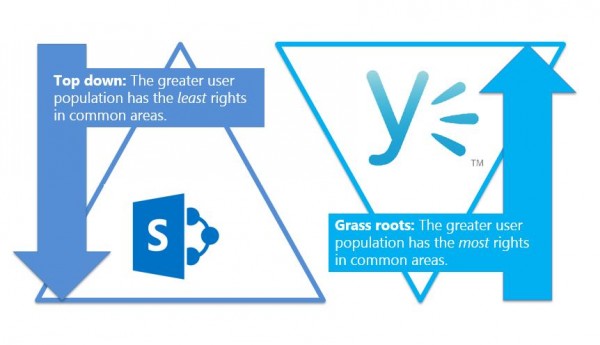 In the article, Rich goes on to talk about the philosophy of governance, and the concepts and principles behind governance in an enterprise social network vs. that of SharePoint or similar systems.
The differences create a challenge for the administrator, who in most cases, is the same person for both Yammer and SharePoint and is very much used to the common model for governance in SharePoint, where the greater user population has the least rights in common areas. Within Yammer, it’s quite contrary – the greater user population has the most rights in common areas.
Definitely check out the full article, as Rich has a way of writing that’s not easily summarized – for example, comparing SharePoint to the Warsaw Pact of Communist dictatorship while Yammer’s akin to baseball and apple pie (i.e. freedom).

I work closely with our content management practices and partners at Perficient to lead marketing efforts designed to increase awareness and impact pipeline. I have experience in a variety of industries and have spent the last decade creating multi-faceted campaigns, working to integrate various channels into the plan and maximize effectiveness.