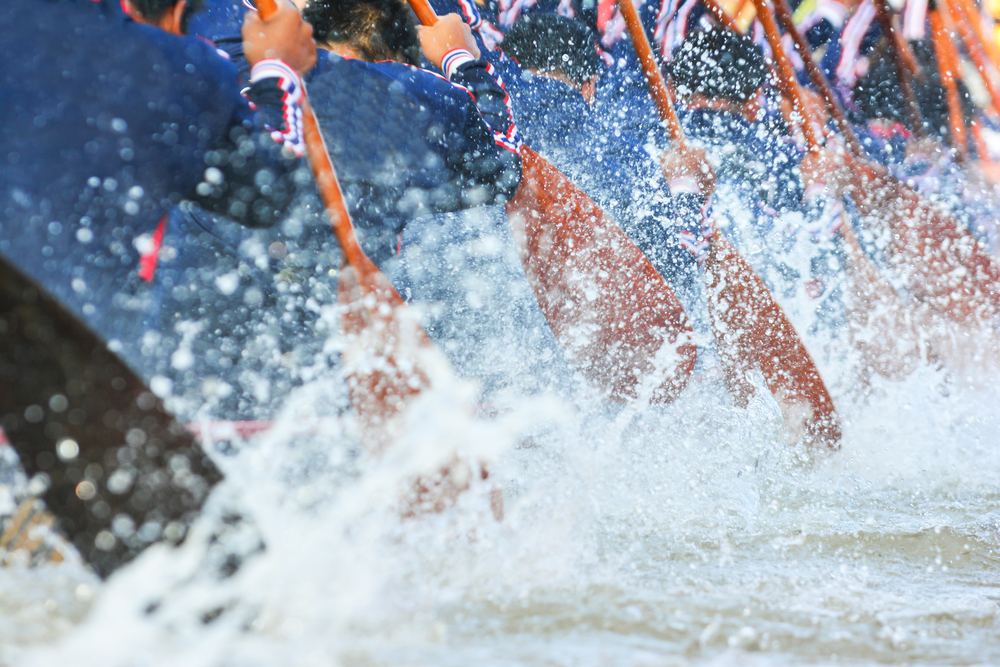 Prabhu Ramkumar didn’t know much about dragon boat racing before being approached to take part in the sport. A husband of a friend needed someone to fill in for practice one day, and Prabhu volunteered.
“I always like a good challenge, and I like a good workout,” he said. He found both on the boat that day and from then on he was hooked. 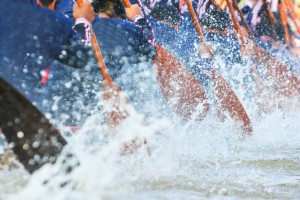 The intense workout immediately appealed to Prabhu, an IBM Lead Technical Consultant at Perficient. But, as he got more involved in dragon boat racing, he realized that the benefits transcended physical results; the sport fostered a certain mental tenacity that permeated into his technology career as well.
“As a whole, it gave me confidence,” he said. “If you put your mind, dedication and focus into something and work really hard, you get results.”
Studies have shown that exercise can benefit all aspects of life, something Business Insider recently posted about, with the writer noting that even a small amount of intense exercise “boosts your memory and cognitive abilities.” In Regular Exercise Is Part of Your Job, the Harvard Business Review wrote that: “Studies indicate that our mental firepower is directly linked to our physical regimen. And nowhere are the implications more relevant than to our performance at work.”
Dragon boat racing, one of the earliest known forms of boat racing, comes with no shortage of growth opportunities, something Prabhu has found. He eventually received an invite to try out for the U.S. National Dragon Boat team at the selection camp. There, each paddler is tested for speed, technique, power and strength. A digital paddle stores all of the data, and each participant is videotaped and critiqued. Based on scores, the national coach invites the paddler to be a part of the team.
After two months of anticipation, Prabhu received an invitation via email to join the team. “I could not believe it at first; it didn’t sink in.” He ended up competing in Milan, Italy, in 2012, where the U.S. won nine Bronze medals. He continued on to be a part of the team that competed at the 2014 ICF Dragon Boat World Championships in Poznan, Poland.
The championships consist of multiple heats and races, and this year, the U.S. emerged as the overall world champions and overall women’s champions while also taking home three Silver and one Bronze medals and receiving the Nation’s Cup. Prahbu was part of the Open Men’s and Mixed teams. 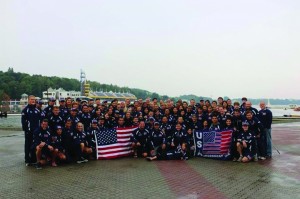 A dragon boat is a 35-to-40-foot-long human-powered watercraft, typically made out of teak wood and crafted into various designs and shapes. A standard dragon boat has 10 rows of seats with 20 paddlers, a drummer at the front and a steersman with oars.
Being a part of the team is a very intense and very rewarding experience, Prabhu said.
“With any competition, you have jitters – a butterflies-in-your-stomach feeling. It all has to come together. If you mess up one stroke, it’s hard to make it up.
“Once the race starts, it’s only like 2 to 2 ½ minutes depending on the distance, but in that 2 minutes, you are completely exhausted. I’ve heard people talk about getting into the zone, and you do. I don’t know what happens outside of it during the race. You are focused, and you are listening to the coach because anything can change at the last minute.” 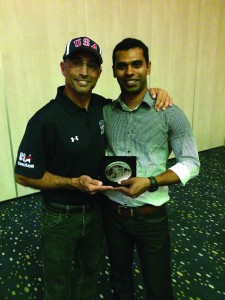 The big win in Poland proved extremely rewarding, but so too did the work leading up to, Prabhu said.
“When I tried out for 2014, I did a camp with the coach, and at the time, I had a very positive impact. My video was shown as an example to others. I felt a little more confident trying out this year, even though it was still not a given.”
Prabhu knows that landing on the 2016 team is not a given either, so he’s sticking to his workout regimen. Like everything in life and work, dragon boat racing requires a constant drive to be successful.
“It keeps you motivated,” he said. “There’s always something to push hard and work at.”