Tracing The Roots Of Regulations 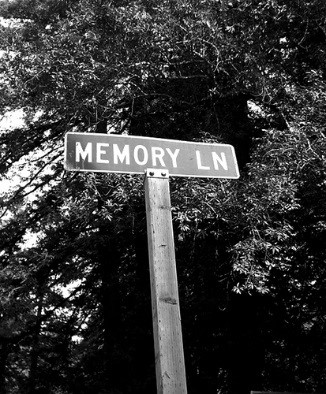 The life sciences industry is one of the most heavily regulated in the world, which can make it a frustrating space to do business. But, retracing the current mass of regulations back to

their roots can be like the spoonful of sugar that makes the medicine go down…and might even make you feel kinda good about what we do and how we do it.

Let’s take a walk down Regulatory Memory Lane, shall we?

Believe it or not, most of the laws, regulations, and guidance documents in place today are a result of World War II. It’s true that the first law related to drugs – the Pure Food and Drug Act – was passed well before the war, in 1906. But, it wasn’t until the Nuremberg Trials in 1945-1946 that the world really sat up and took note.

During the war crime trials held after World War II, several German physicians and administrators were charged with conducting medical experiments on prisoners in concentration camps that resulted in the crippling and/or death of most of the test subjects. The world was horrified by the atrocities revealed in the trials and, shortly thereafter, in 1948, the Nuremberg Code was established to protect participants in medical experiments.

The Nuremberg Code was the first step toward the Good Clinical Practices (GCP) that we follow today, all designed to protect the rights, health, and safety of clinical trial participants.

On the flip side, there are also regulations designed to protect the rights, health, and safety of the general public from drugs available on the market. These regulations trace back to a tragic event that took place in the early 1960s.

In 1957, a sedative called Thalidomide was approved in Europe to treat patients suffering from sleep issues. It was marketed as “completely safe,” even for pregnant women and their fetuses, and became wildly popular. However, within just a few years, the drug was linked to severe birth defects, but it wasn’t before some 12,000 babies were born with serious deformities that the drug was finally banned*.

The Thalidomide tragedy shocked the world once again, and led to the first laws being passed that required drug manufacturers to prove that their drugs were both safe and effective before they reached the market.

There. Doesn’t knowing the roots of the regulations make them a little easier to live with? It always helps me to remember that the regulations are designed to protect the public, which includes me and the people I love. The trick for those of us who work in the life sciences space is to figure out how to effectively comply with the regulations without burying ourselves in unnecessary work. For ideas on how to make this happen, contact us.

*Thalidomide is actually still in use today for two specific purposes, neither of which has anything to do with pregnant women, and anyone involved in prescribing and/or dispensing the drug is required to go through extra training to ensure the drug is only used for its approved purposes.