Would you like a “little rice” with your container? 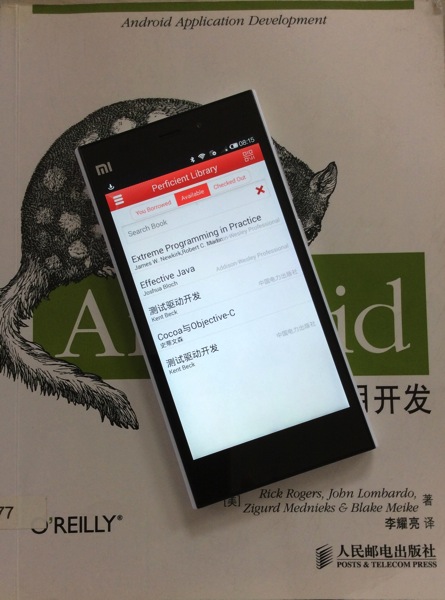 Sorry, it’s a pun(ny) title. If you haven’t gotten it already, you will soon (ahhh! stop it with the puns already!)

My family, colleagues, and people who attend my Scrum training will all attest to my being a big fan of Apple’s products. I appreciate good design and I like things that “just work”.

But I’m also a gadget-head in general.

As soon as Microsoft/Nokia announced the Lumia phone I bought one. Impressive hardware (except for the battery), and I had no major qualms with the operating system in general, but a couple of things killed it for me: besides the battery which wouldn’t for me last a whole day under my normal usage the phone also couldn’t connect to our office network and there was no VPN support. Three strikes and it was out. For a first generation device this was a very good effort on the part of Microsoft/Nokia. More recent releases in the series have likely addressed the shortcomings of this first generation device; for example VPN is now supported with Windows 8.1.

I also pre-ordered and accepted first-day delivery of a Microsoft Surface RT. Very solid hardware, decent keyboard (though I concur with those who think it should be included with the device) and I actually like Windows modern UI, especially on a small form factor device like the Surface. Very good for a first generation device; so good, in fact, that I believe Microsoft might have cornered the market had the Surface RT been released before the iPad. Actually, however, this device basically sits idle on my coffee table at home. I boot it every now and again to keep the OS up to date with patches. Still I can’t find any compelling reason to use it. My iPad and now iPad Mini just have, for me, a much more comfortable form factor and “just work” for everything I do. Microsoft continues to improve on the Surface, recently releasing the Surface 3.

My out-of-the-box experience with Android devices has been worse than it has been with Windows-based devices. As I’m typing this I’m actually trying to repurpose my first generation Nexus 7 to run Ubuntu Touch, just for fun. The Nexus 7 hardware is solid, but similar to my experience with the first generation Lumia; I couldn’t get it to connect to the office network (technically I might have been able to do this if I decided to root the device and edit a configuration file that would include storing my password in a file in clear text — no thank you!). Recently I’ve finally been able to get it connected to one type of VPN, but that only happened with the most current software release. Unfortunately the device in general is no longer well supported. Applications are targeted for the generation 2 version and won’t work on my older model. I also have a TP mini (a set-top-box running Android — the link is to the Chinese TP-Link website: seems this device is only sold in the Asia Pacific region). I get no love from the TP mini connecting to my office or to any type of VPN. Many of my colleagues use Android devices, and they all share challenges getting things to work as they’d like them too. that take some significant effort to work around. In many cases they just have to accept the limitations and live with it. Too often things don’t “just work”.

Since our Library in a Box has both Android and iOS mobile applications I needed an Android device to test. My initial thought was, instead of buying something new, that I’d make use of my existing Nexus 7. I made sure everything was up-to-date, installed our application, and then tried to add a book to the library by scanning the ISBN. Whoops, no camera on the reverse side of the Nexus 7. That’s OK. it’s a first generation tablet; I’ll just just use the forward facing camera. Unfortunately despite some acrobatics trying to hold the device and book in a way where I could see what was happening so that I could try to scan the ISBN I simply couldn’t get it to work. So I have a dilemma; I want to test the Android version of the application but don’t have a device that will work. We have some recent Android-based test devices in the office, but instead of using one of those I decided to look at what was available in the market and perhaps get a newer Android device since I anticipate some additional “in a Box” projects in the future.

Several of my colleagues have been purchasing Android phones from a fast rising company called “Little Rice” or “Small Rice” – “小米*“. I actually had been looking at their offerings a couple of weeks ago while I was searching for a 802.11ac access point. The current version of their flagship phone, the Mi 3 happens to be discounted currently so I decided to pull the trigger and get one. I also ordered a couple of other items which I might blog about later.

When my Mi 3 arrived I appreciated the quality and simplicity of the packaging. 小米 is well established as imitating Apple: their CEO makes no qualms about this, poetic perhaps as Steve Jobs was also famous for his comments about ‘stealing’ from Parc/Xerox. Still 小米 brings some of their own uniqueness to the mix. Their MiUI, an Android UI alternative, while taking some design queues from iOS, also makes good use Android’s user-centric customization features providing a functional and attractive UI.

The Mi 3 is nice. Solid hardware and software. Most importantly the primary issues I’ve had in the past, connecting to the office network and VPN support are resolved. VPN required installing an additional package, which entailed some research and trial-and-error to get things working, but I was able to get it working; a huge improvement over previous experiences. Things almost “just work”.

In a sea of companies producing Android phones and other mobile devices 小米 deserves careful observation. Their rapid rise in China is testament to their ability to capture market, and their marketing techniques (limited availability devices that are made available through an online lottery) demonstrate rare product strategy savvy.

As an occasional Product Owner myself and as a Scrum trainer I think 小米 will be in increasing topic of observation and discussion.

And, to come full circle with the pun, I wouldn’t be surprised if you might find a “little rice” in your gadget collection sometime soon.

* 小米 – little (or small) rice. Chinese pinyin “xiaomi”. Note that the “x” in Chinese is not pronounced as “z” (like Xerox) instead it is much closer to a “sh” (though with the tongue placed directly behind the closed teeth instead of raised to the upper center of the mouth). Chinese actually has two quite similar sounds, one using the pinyin “x” and the other using pinyin “sh”. The “sh” is consistent with English “sh” (like the “sh” in shower” whereas the “x” is produced with the tongue positioned behind the teeth, as noted above, more like the the “ss” at the end of “hiss”).