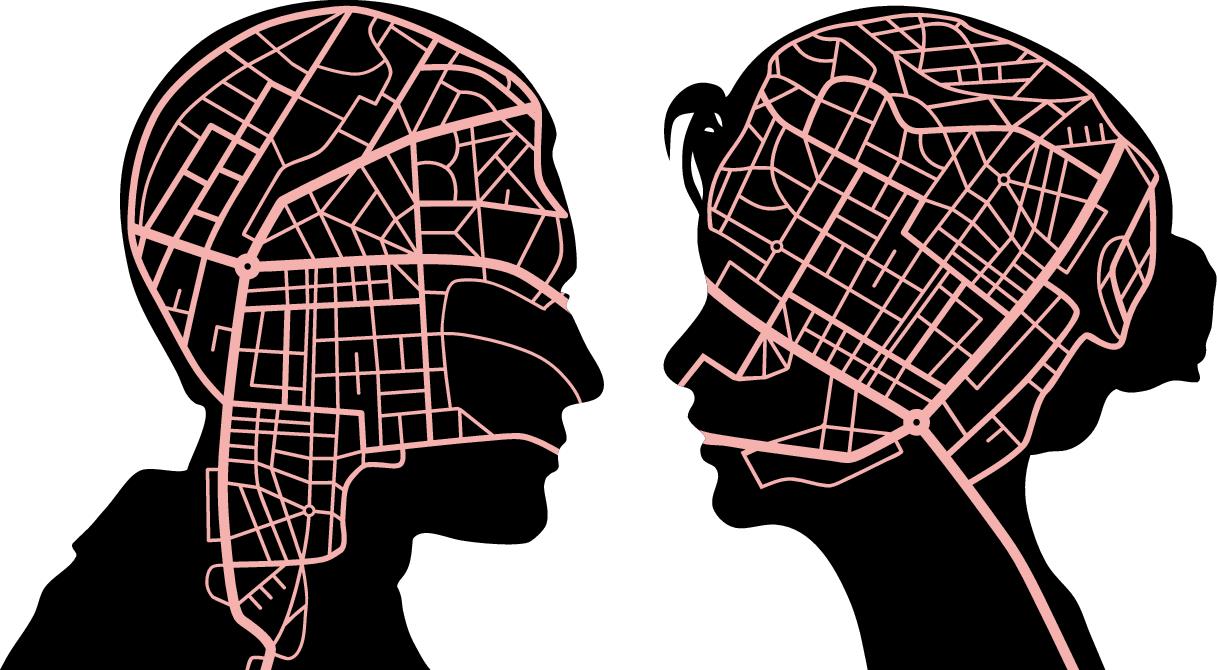 “Work like a network.”  Spend just a few minutes at SharePoint Conference 2014 and you’re bound to hear or see this phrase sooner than later. It’s here in the keynote and it’s here in the signage.  It’s here on the lips of the Yammer and Social product marketing people I had the good fortune to spend some time with early Monday afternoon, and it was here loud and clear in the jam-packed session on Microsoft’s Roadmap for Enterprise Social later that same day.  It’s central to the short-term improvements that answer questions about Yammer and SharePoint, and even more central to new investments that Microsoft calls Inline Social, Groups and Office Graph—already the darling of Day One. 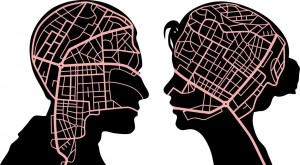 Office Graph
Easily the most buzz of Day One was generated during the keynote—not by former President Bill Clinton but by the unveiling of something called OfficeGraph and its first real product, codenamed “Oslo.”  What it does is use predictive analysis to feed your users internal content that will likely be of interest to them. 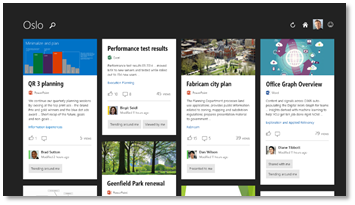 The concept is fairly straightforward. Given that all user activity in Office 365 takes place in Microsoft’s cloud—on Microsoft servers.  The data from those servers is analyzed and crunched and used to churn out results that figure to be valuable to the users in the future.  It’s Big Data in action.  It’s the aggregation we predicted as social’s future in this space last summer.  In the words of the presenters, “It makes Office predictive,” which is really quite a feat.
Based on user behavior in Office 365—from social activity, browsing, email, and documents accessed, edited, and shared— OfficeGraph allows for an internal collaboration experience that’s not only personalized in the traditional sense, but predictive in a way that only the cloud can accomplish.  This is one more of those things that only Microsoft can do, again, because of (1) their investment in Office, its massive user base, and the terabytes of content they generate, (2) the analytics-driven development approach of Yammer and (3) the rich functionality and long reach of the cloud-based productivity suite that is Office 365.
The Final Analysis… for Day One, Anyway
All in all, if one came to SharePoint Conference looking for new product announcements, the Enterprise Social Roadmap was a session that didn’t disappoint.  We learned about the Yammer App for SharePoint from the recently-released Service Pack 1 and other short-term improvements.  We were clued into the future with a commitment to Lync and Skype integration, although that seems to be down the road a bit.  We even had a peek at Microsoft Social Listening in Dynamics CRM, which may prove to be the most valuable feature released by Microsoft this quarter despite a relative lack of fanfare.
More importantly, though, we had a really deep and detailed look at working demo versions of some very near-term improvements in three key areas: Inline Social, Groups, and Office Graph.  Judging by what we saw in this session, Microsoft’s taking “Working Like a Network” and making it happen a lot faster than people might have expected.  Based on their track record since the Yammer acquisition, we can expect Microsoft to deliver much of what we saw in this session throughout the rest of 2014.  One can only wonder where they’ll go next.
Author’s Note: Excerpts from this post will also appear on CMSWire.com.

Rich Wood has been planning, designing and building enterprise solutions and internet sites with an emphasis on stellar user and customer experiences since 1997. Rich is a National Director for Content and Commerce Platform work in Perficient Digital. One of the rare breed of strategists to truly understand both the business needs of the customer and the platforms that serve them, he is a keen advocate for and accomplished speaker/writer on issues that surround that inflection point. His work has been published on CMSWire, Sitecore and Microsoft partner blogs, and his own LinkedIn page as well as our various blogs here at Perficient, and he has spoken at multiple major conferences including Microsoft's SharePoint Conference 2014. Married and a father of five, Rich enjoys spending time with his wife and family. He is a native of South Milwaukee, Wisconsin and a graduate of Marquette University.