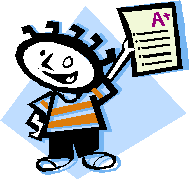 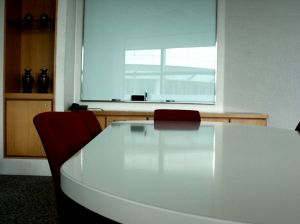 From a general testing perspective, consider the following:

One of the most important requirements for testing TM1 applications in an uncontrolled environment is access to the internet. The following are considerations and recommendations:

With advancements in routing technology, the differences in speed between wired and wireless networks have begun to blur. Traditional knowledge indicates that wired networks offer a connection superior to that of wireless networks, but this is not always the case. While unobstructed G and N wireless connections surpass older wired technology, wired gigabit Ethernet connections provide the best network connection possible. Unfortunately, many routers do not come with gigabit Ethernet

cables by default, so if you want the best network connection possible, be sure you are using gigabit cables (refer eHow.com).

In an un-controlled environment, it is recommended that both wireless and wired connections be available to all testers. If possible, bring your own cables.

For optimal results, a test score of “A” is recommended.

Revealed in a recent study, the fastest US city is Boston with an average connection speed of 8.4Mbps, though that only makes it 51st in the world behind a top 50 list dominated by South Korea and Japan. Those countries are predictably on top of the international table, too, with average speeds of 17.5Mbps and 9.1Mbps respectively — meanwhile, the US languishes in 13th place as Americans saw their average speeds drop 5.3 percent from the previous quarter to 5.8Mbps (The Verge News.com). To test the internet connects bandwidth you can use the public website: www.bandwidthplace.com.

For optimal results, a bandwidth of at least 8.4 would is recommended.

It is recommended that you contact them 1 week prior to testing days to ensure they are aware of any anticipated support needs.

It is recommended that at a minimal, the “Enhanced” internet option be used for the testing sessions.

It is generally assumed that the testing attendees are ultimately to be the end-users of the application being tested. Therefore, it is recommended that each user use their individual laptops for the testing. Each machine should be pre-configured at least 1 week prior to the testing sessions.

The following is the recommendation for those users using the standard TM1 client tools. (This type of configuration will provide an optimal user experience. Web only clients can use lower specification hardware).

In addition, the following tools will also be required.

The recommendations and considerations outlined here are simply “guidelines” and “common sense” that should be used along with any specific requirements of the application to be tested in creating a off-site testing plan.