Why are BI Projects so difficult to implement? part 3 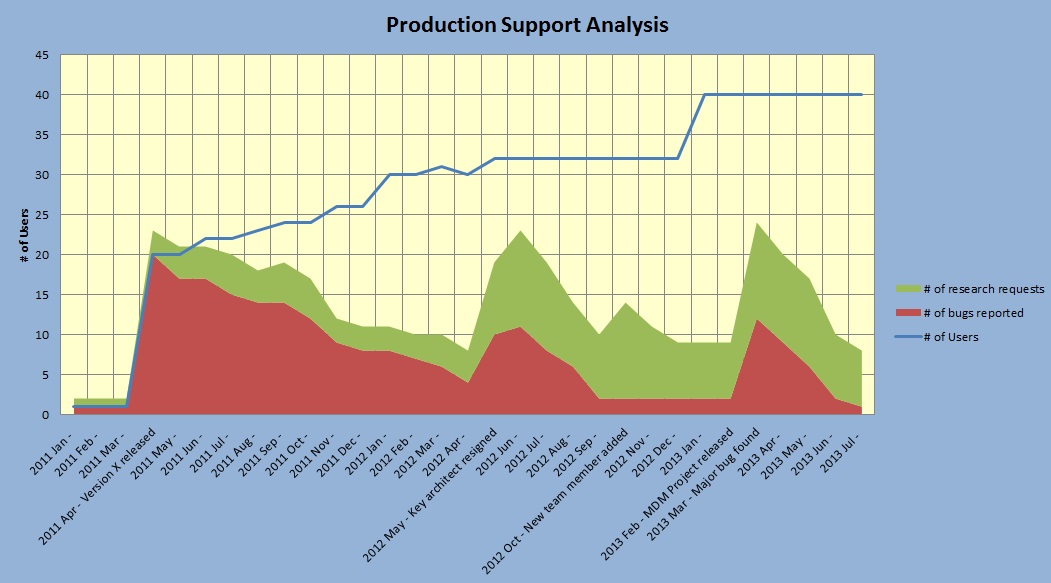 So how do we reduce the amount of anxiety related to a BI project (thus making them less painful)? To start, the project team needs to be keenly aware of the following:

They must consistently over communicate that some process change will happen and what it is.

Ensure that everyone feels they are in this learning process together. In other words, don’t let some users put themselves on an island.

Realize that the mechanical capabilities of moving through a new report or dashboard are not inherent in all users and may demand ‘more obvious’ training.

I immediately thought of the introduction of the Microsoft ‘ribbon’ and if the ‘invisible option’ problem wasn’t a leading factor in that design change.

Finally, be prepared for the data anomaly effect.

Over time, the number of bugs will decrease, but the number of research requests is likely to increase (as shown in the example below) especially as new users are rolled on.

Additionally, there are a series of events that can cause these numbers to fluctuate. Version releases are an obvious source for bugs, but what about a key team member leaving?

In the example below, during October of 2012, we see a spike in research requests but no spike in bugs and no additional users added. The only major event that occurred was a new member joining the team. We can infer that either the previous support person had direct lines of communication open to the users (very likely that hallway discussions answered some users questions) or that the new team member is recording ‘discussions’ differently. Regardless, this event may be a source of frustration to the business that has no direct tie to the functionality or stability of the system. 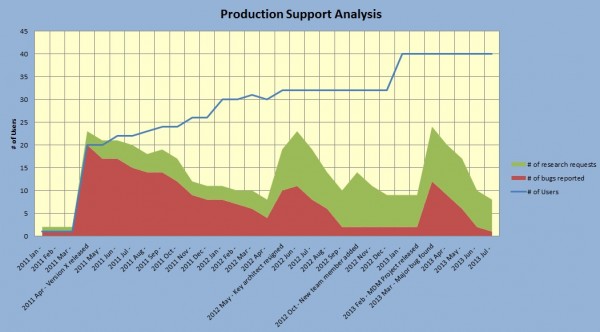 In conclusion, there are a number of reasons why a BI project can be difficult to implement, but not all of them are related to ‘BI technology’ per se. Challenging fundamental truths, brain pain and good old fashioned learning anxiety play a big role in the perceived success of an implementation.