SxSW Day 2 – From Muppets to Mastery

Following a wonderful experience working with upcoming SxSW speakers during the Tweak Your Talk workshop, Russ Unger delivered his presentation on the life of Jim Henson and the lessons UX Designers can learn from him. I’ve personally been able to see the evolution of this talk of the years and it was great to see it presented on the big stage at SxSW. The highlight of the talk was ~1000 people singing along to Rainbow Connection. Below are my thoughts and notes from the session. (These notes are simply my stream of consciousness from the session, so I apologize in advance for any sloppiness. :D)

From Muppets to Mastery 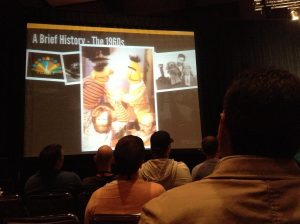 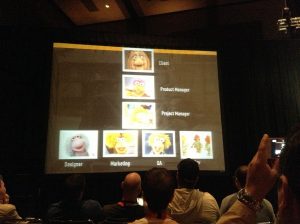 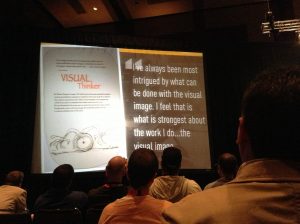 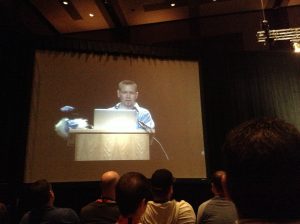 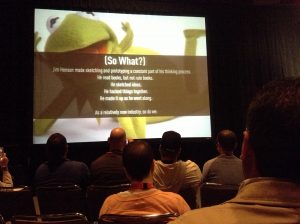 Slides from the Presentation

From Muppets to Mastery – SXSW 2013 from Russ Unger

Brad has been practicing the craft of User Experience for the past 4 years. During that time he has helped clients in the financial, health care management, public utilities, and pharmaceutical management industries. He's provided them with deep insight into their customers and users, and designed engaging experiences that were catered directly for their customers and users. As a Senior User Experience Consultant at Perficient, he's performed a variety of UX activities that allows him to build an empathic link to a variety of people that directly informs the designs he creates. These activities cover the full spectrum of research, modeling, design, and testing. Brad's passion in User Experience Design is centered around the modeling of data gained from user research and the creation of interactive prototypes and wireframes. He's mentored and presented on these two aspects of User Experience Design to people around St. Louis, MO and across the country.