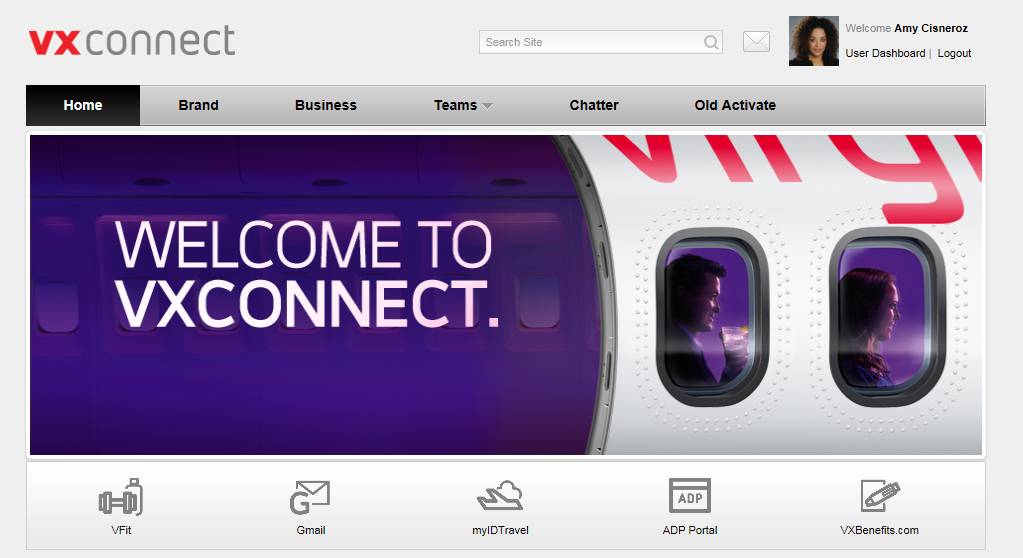 Matt Weinberger at citeworld.com has an article about Virgin Airline’s new employee portal built on Salesforce Chatter and Force.com.  It’s a great example of the power of Social and SaaS.  I fully believe that employee intranets should have social components but those social components should not overlook the fact that you still have to meet other needs. 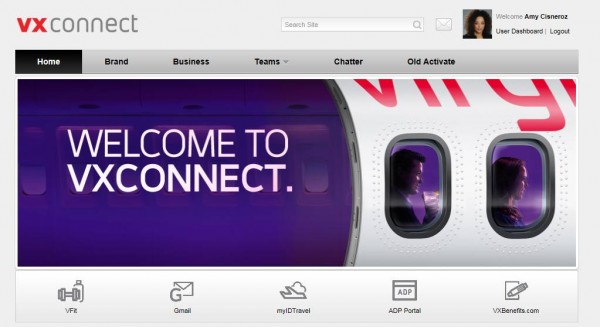 I found two parts of the article interesting.

Interestingly, Microsoft SharePoint was barely even considered for this undertaking. Cisneroz says that the team was looking for something really new and cool — tapping Microsoft for this project would hardly be worth the effort of replacing the legacy CMS.

“Everything we do is big and over the top,” Cisneroz says, and going with the established marketplace leader for internal collaboration would be too much like following the herd for Virgin America’s taste.

Virgin chose to forego a more traditional portal provider and go with the upstart.  It’s almost natural they consider Salesforce given some executive relationships but take a look at the image above.  They use Gmail as well so SaaS wasn’t a stretch

The integrator helped guide Virgin America away from making merely cosmetic tweaks to the existing Chatter experience and towards the development of a new application built on the Chatter API and hosted on the Force.com platform-as-a-service (PaaS). A GUI designer from Appirio created a new, flashy look  for VXConnect (pictured) that matched the airline’s über-chic aesthetic. The entire experience with Appirio was like “sitting down with the architect of your $1 million home,” Cisneroz says.

I like what their partner did as well.  A good implementer helps provide vision so that the final result meets your needs and isn’t just what you said you wanted.  They started in October and launched in January so that point to a very quick release time only possible with SaaS type applications.  Also note that they used Force.com to extend the capabilities of the overall platform.  You will see that more and more.

Go to the citworld.com for the entire article.