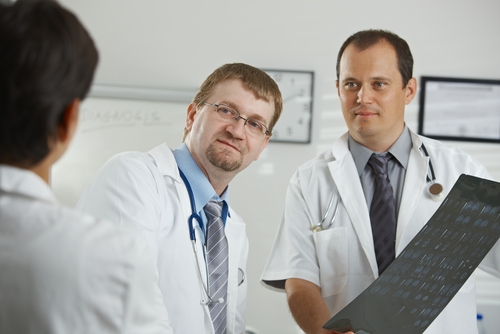 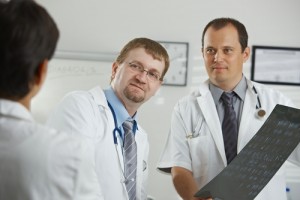 ICD-10 code mapping is not for the faint at heart. With a ten fold increase in the pure volume of codes, healthcare organizations will need a few tricks up their sleeves to pull this off.

The mapping between ICD-9 and ICD-10 in many cases is not a simple 1:1 mapping. For example, ICD-9-CM code 274.02 “Chronic gouty arthropathy without mention of tophus (tophi)” can map to 97 ICD-10-CM codes for a greater level of specificity, e.g., M1A.3120 “Chronic gout due to renal impairment, left shoulder, without tophus (tophi)”.

Going from a 4010 to 5010 transaction requires going from the ICD-9 code to a (usually) more specific ICD-10 code. Based on the example above, assume we’ll need to map 274.02 to M1A.3120. As the 274.02 doesn’t indicate that the gout was due to renal impairment or that it was in the left shoulder, we might need to find this information from multiple sources.

You can write custom code to pull this information together, but of course there may be thousands of conversions with complex logic required to perform all the various ICD-9 to ICD-10 mappings. An alternative to consider may be to expose data as RDF triples in order to leverage a common logical model (every triple has a subject, predicate, object) which can facilitate more rapid federation and analysis of data across numerous heterogeneous data sources. For example, relational data can be exposed as RDF using tools such as D2R which generates SQL and converts the data to RDF on the fly. Messages encoded in XML can be converted to RDF using GRDDL. RDF data is queried using SPARQL, and SPARQL can easily federate data from multiple SPARQL endpoints, RDF triplestores, or RDF files. As a SPARQL endpoint makes the data available over HTTP – it is much easier to establish connectivity to the various data sources.

A major roadblock to any kind of data integration or federation project is the varying nomenclature and semantics found in our systems. Using semantic web standards – an ontology can be developed and used in order to help resolve these roadblocks at query time. For example, if in one system the term “kidney failure” is used while in another the term “renal failure” is used – in our ontology we can state that these terms are synonymous (e.g., systema:kidneyFailure owl:sameAs systemb:renalFailure). We can now find the data using the terminology we’re familiar with, regardless of nomenclature used in the different systems.

While these technologies are relatively new – they are gaining in acceptance. Case in point – ICD11 will be published in OWL (Web Ontology Language). The Query Health initiative is looking to develop the Linked Health Data Cloud using semantic technologies.

RDF follows a significantly different paradigm from the relational model. SPARQL (the query language for RDF data) differs from SQL, and developing ontologies in RDF/RDFS/OWL and encoding business rules in SWRL will all require a learning curve. However, these technologies are being used today in the healthcare setting. The Cleveland Clinic uses semantic technologies “to improve future patient care through outcomes-based and longitudinal clinical research“. The Mayo Clinic is using these technologies for helping consumers find information without having to know all the underlying medical terminology with its Mayo Consumer Vocabularies initiative. Wellpoint is looking to leverage IBM’s Watson (which leverages ontologies for question answering) in a clinical setting. Providers and payers with mature and technologically savvy IT organizations might investigate leveraging semantic technologies to ease the transition to ICD-10.